It was 40 years ago today that the movie The Godfather debuted, ushering in an era of stand-up comics stuffing cotton in their mouths to do bad Marlon Brando impressions and providing hack screenwriters an endless supply of classic

Happy Presidents' Day from The Idiotical! 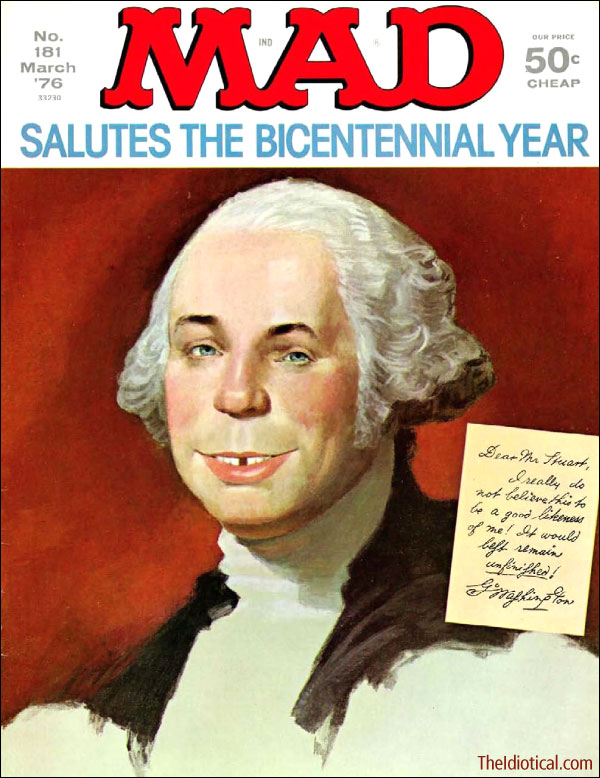 In our ongoing effort to clean out the MAD stockroom, look what we found — the original Antonio Prohias sketch for the cover of MAD #109, March 1967!
Read more

The cover of MAD # 411, which went on sale shortly after the 9-11 attack, was not the cover originally planned for that issue. In fact, another cover was already printed and awaiting to be bound with the magazine’s interior pages when the attack occurred. The working title of the planned cover was “The New York City Marathon” and it was written and illustrated by longtime MAD contributor John Caldwell. Here it is:

Happy Labor Day from The Idiotical! 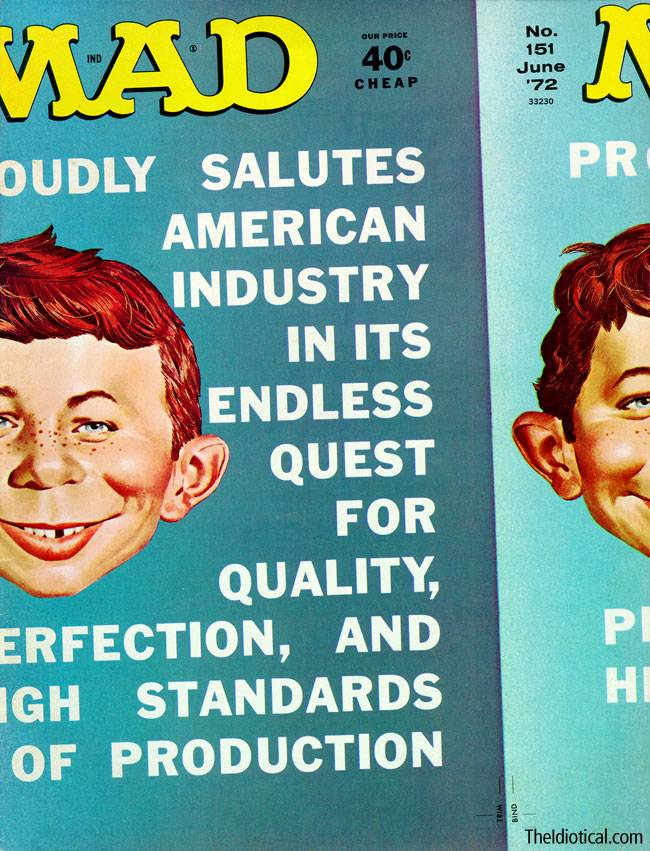 Recently, we went through our stockroom and came across a freakin’ TON of classic MAD paperbacks! How many different ones can you make out? Any favorites? Let us know in the comments section!
Read more

Happy 4th of July from The Idiotical!