It’s a brand new week! And that also means a brand new custom Spy figure to celebrate Spy vs. Spy’s 50th anniversary! Today, we’re keeping the party going with this delightful design from the legendary Al Jaffee!
Tags:
Al Jaffee, Antonio Prohias, Spy vs. Spy, Toys
We recently learned that fans of TheIdiotical.com were unable to register in order to leave a comment! To put it simply, an incorrect Veeblefetzer setting was triggering an overload of the Potrzebie cache, causing a major malfunction in the operation of the Max Korn filter. This caused some commenters to be redirected to Etsy.com, where they were improperly billed for a woolen tea cozy, while others found themselves newly enlisted in the Estonian military. We apologize for any inconvenience this may have caused. But it’s all fixed!
Another day, another face-slappingly great custom Spy toy! We’re ending the week strong with this astonishing custom Spy by Sam Flores, entitled “Dragon Hunter”!
Tags:
Antonio Prohias, Sam Flores, Spy vs. Spy, Toys
Here’s the deal — it’s the 50th Anniversary of Spy vs. Spy! And, to celebrate, every weekday we’re showing a different awesome custom Spy figure! Today’s incredible design, entitled “1:87”, is by Shawn Knapp! Lookit those tiny people!
Tags:
Antonio Prohias, Shawn Knapp, Spy vs. Spy, Toys
For the 50th Anniversary of Antonio Prohias’ legendary feature, Spy vs. Spy, we sent blank Spy figures to a bunch of terrific artists to decorate however they liked. But it wouldn’t be a proper tribute to Antonio if it didn’t involve his family! His granddaughter Jessica rallied her relatives and worked with sculptor Lisa Barnstone to create “The Prohias Family’s Prohias” — an incredible Spy that combines the Spy and Antonio himself — right down to his cigarette, guayabera and drafting table!
Tags:
Antonio Prohias, Lisa Barnstone, Spy vs. Spy, Toys 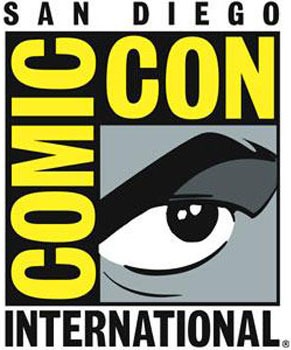 If you’re planning on attending this week’s big Comic-Con in San Diego, be sure to check out the MAD festivities! 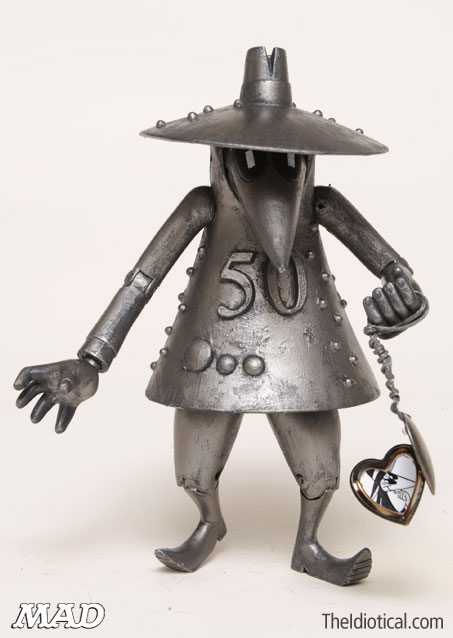 Tags:
Antonio Prohias, Dave Perillo, Spy vs. Spy, Toys
Recently, media mogul and all around douchebag, Rupert Murdoch, released an apology letter in response to the News of the World phone hacking scandal. The letter published in the Saturday newspaper was not the original letter Murdoch intended for the public to see. Luckily MAD’s Hacking Department was able to find his rough draft. 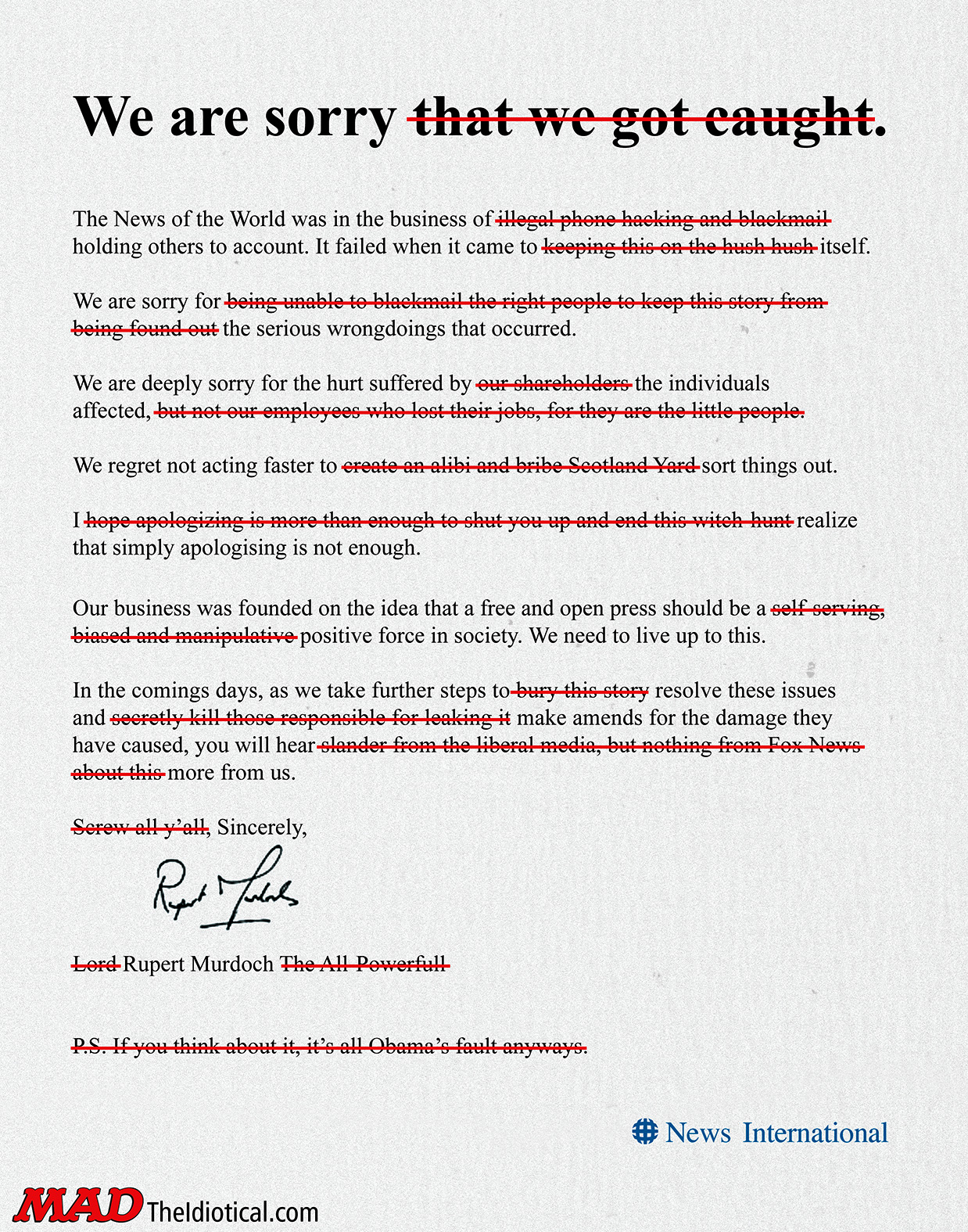 Tags:
Apology, Hacking, News of the World, Rupert Murdoch, Scandal
Today’s amazing, mind-bending Spy is from Maze Master David Anson Russo! His well-camouflaged Spy is hidden inside a massive, intricate and solvable maze that’s drawn both inside AND outside the display case. Go ahead and try to solve it (the next time you have a few free hours)!
Tags:
Antonio Prohias, David Anson Russo, Spy vs. Spy, Toys
A brand new day — the sun rises, the birds sing, and an exciting new custom Spy figure graces the web! Today, we celebrate the 50th Anniversary of Spy vs. Spy with this outstanding piece by Andrew Bell! 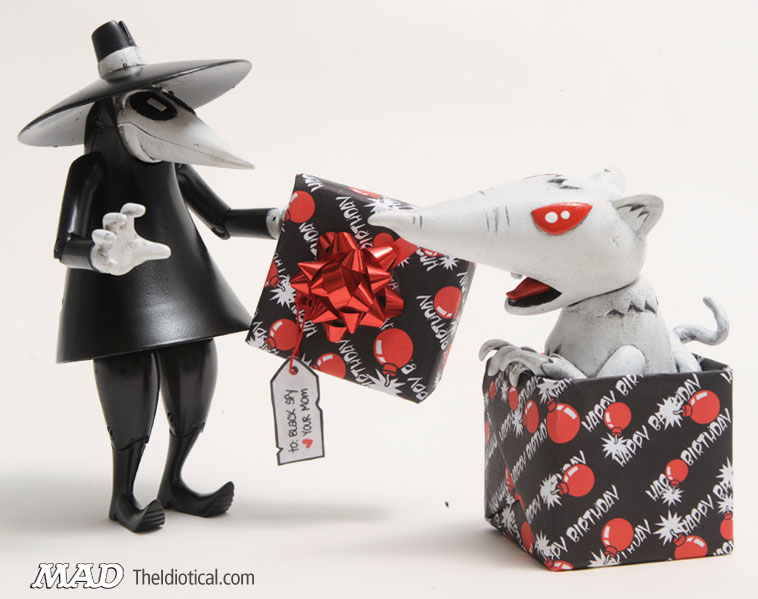