"Rob the Evil, Backstabbing Robot Temp" is by Corey Pandolph! 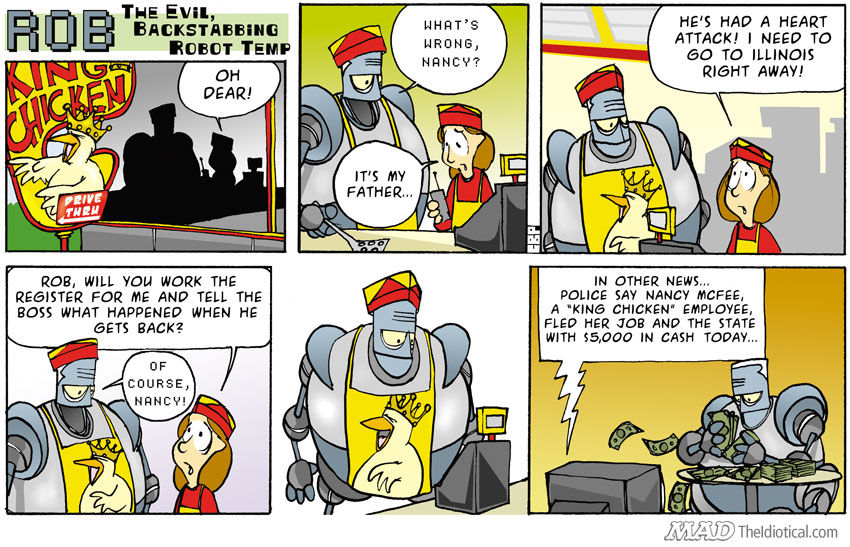 Tags:
The Strip Club, Rob the Evil Backstabbing Robot Temp, Corey Pandolph, The MAD Strip Club, Chicken, Fast Food
During the last Republican presidential debate, Governor Perry experienced an awkward, impressively lengthy brain-freeze when he tried to name the three federal agencies he’d abolish if (and that’s an increasingly huge “if”) he became president. Don’t sweat it, Ricky — it happens to all of us, and no one is immune. On the other hand, if he can’t make it as President (and that’s an increasingly small “if”), he can always start writing children’s books.
Tags:
Everyone Poops, GOP Debate, Rick Perry 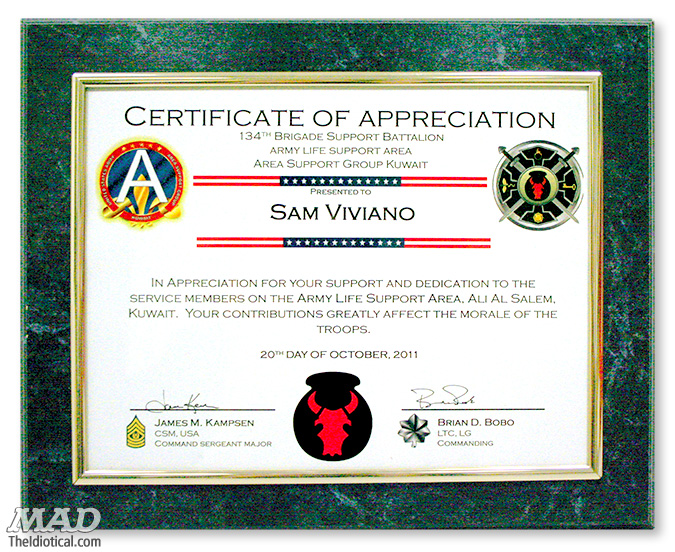 How I Spent My Autumn Vacation By Sam Viviano
Tags:
Middle East, Sam Viviano, USO
Here's an exclusive shot of former Penn State football Assistant Coach/Pedophile Jerry Sandusky and Coach Joe Paterno in their new uniforms for their next assignment. We can already hear the inmates chanting, “We are State Pen! We are State Pen!”
Tags:
College Football, Jerry Sandusky, Joe Paterno, NCAA, Penn State, Scandal
Over the years, MAD did a lot of takeoffs on “The Family Circus”. Keane always enjoyed them and laughed along with us. Here’s just a small sampling. Thanks for the inspiration, Bil. 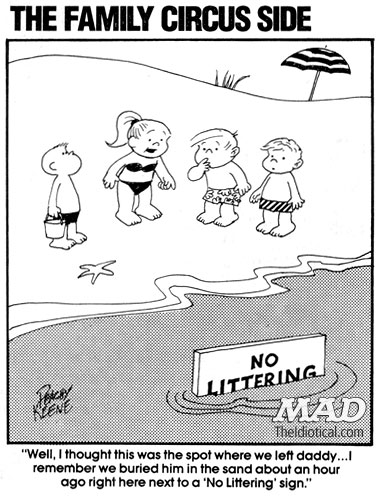 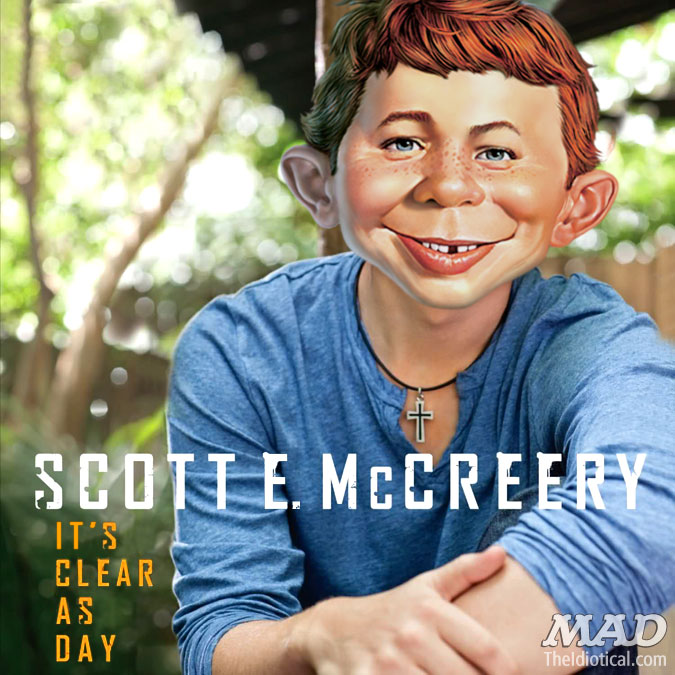 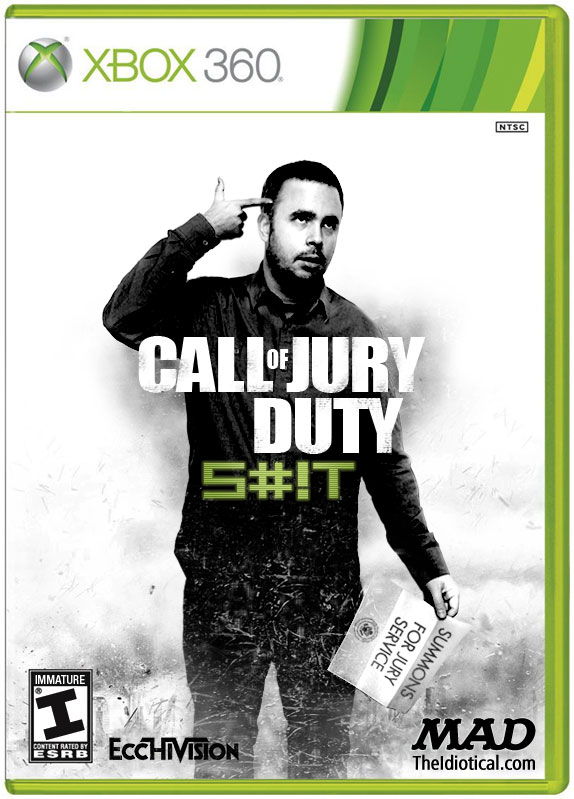 Your mission: To make it through the day and earn $15. Super realistic graphics make you feel like you're sitting on a wooden bench nodding off, hoping you won't be called. You must report at 9 A.M. tomorrow morning. There will be no exemptions!
Tags:
Call of Duty, Jury Duty, Modern Warfare 3, PS3, Video Games, Xbox
Michael Jackson's doctor, Conrad Murray, has been found guilty of involuntary manslaughter in the death of the pop superstar. To put it another way: when it came to the proprofol charge, he just couldn't beat it. 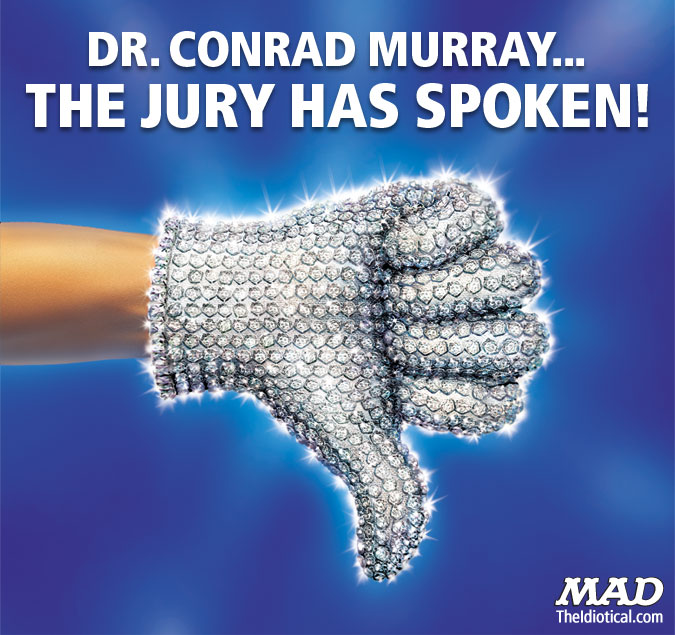