Tonight, Fox unveils the Kiefer Sutherland drama Touch, about a 10-year-old boy who can’t connect with other people. In the same time slot, MSNBC is premiering a similar show, about a 64-year-old presidential candidate with the same tragic problem. Here’s hoping that one of these productions gets the axe come November. 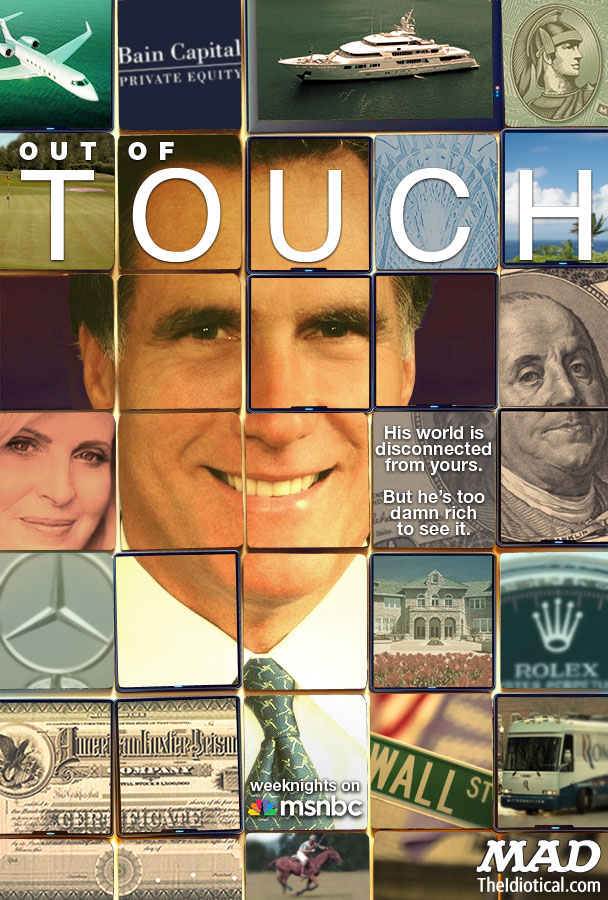 This weekend Newt Gingrich scored a stunning upset in the South Carolina Republican Primary. How did the former speaker pull it off? Some shocking results from voter exit polls:

Today's comic is by Douglas Paszkiewicz!

Tags:
The MAD Strip Club, Douglas Paszkiewicz, Just Below the Surface, The Strip Club, Electric Chair, Capital Punishment
Fresh on the heels of last night’s CNN debate, where moderator John King asked Newt Gingrich about allegations that he wanted an open marriage, and Gingrich responded with a blistering charge that the liberal media was attacking him while protecting Obama, this explosive newspaper appeared on newsstands this morning. We always thought the former House Speaker was an egotistical, paranoid blowhard. And after reading this, we’re more convinced than ever.
Tags:
Cheating, GOP, GOP Debate, Newt Gingrich, Presidential Campaign, Presidential Race
Today’s superb Spy custom not only celebrates the 50th Anniversary of the Spies, but ALSO heralds a brand new season of Archer on FX! This superb Sterling-esque Spy was done by two members of the Archer staff, Thomas Weiser and Casey Willis — complete with gun and…ping pong paddle. Kinky!
Tags:
Archer, Casey Willis, FX, Spy vs. Spy, Thomas Weiser, Toys
Today, Mitt Romney's campaign released a new Blu-ray set aimed at the children of potential voters. It’s considered a brilliant political move. Even if Romney doesn’t win this time around, the set will position him well for the 2024 election, when all these kids are of voting age.
Tags:
Bain Capital, GOP, Mister Roger's Neighborhood, Mitt Romney, Presidential Race 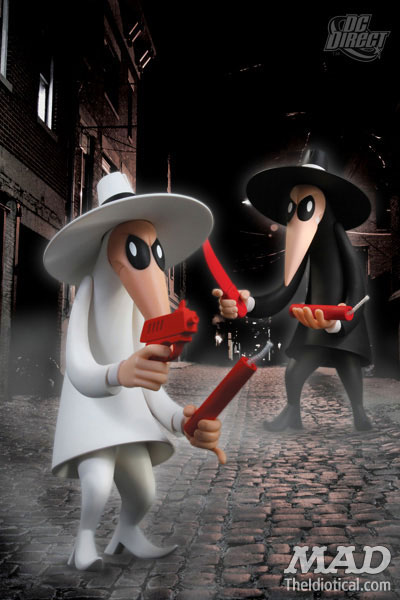 Tags:
DC Direct, Spy vs. Spy, Toys, Vinyl Toys
Recently video was (ahem) leaked of four Marines urinating on the corpses of Taliban fighters. (And they said waterboarding was bad!) Having never been on the battlefield, we’ll reserve final comment. But on the surface it certainly looks as if the Marines were “going” down the wrong path with this. In a related development, there are unconfirmed rumors that two of the Marines have just signed deals to act as spokesmen for Flomax.
Tags:
Marines, Scandal, Taliban, urination, War and Piss