Today’s strip is by Tom Bland! 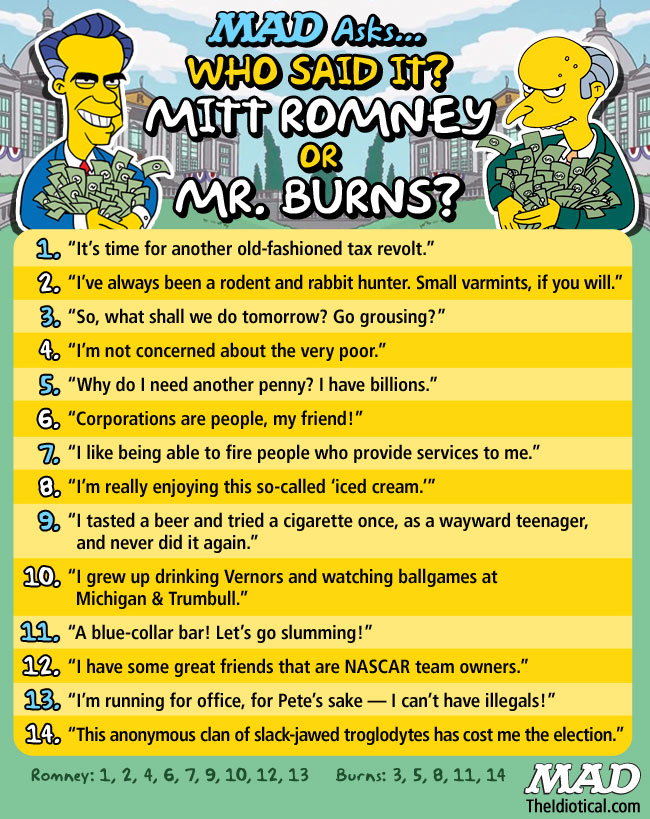 Rumor has it that Jersey Shore's Snooki is preggers. Since this is clearly one of the seven signs of the Apocalypse, we’ll keep this short. How long before we see this magazine cover?

Happy Birthday to William Gaines, MAD’s profoundly misguided and psychologically unbalanced founder, who would have turned 90 years old today. His attendance at the office has been spotty since he died.

Last year was Spy vs. Spy's 50th anniversary and MAD fans everywhere celebrated in their own unique ways. (You may recall that we asked oodles of incredibly talented people to customize Spy toys for us, with outstanding results!)

The Artist won a stunning five Oscars on Sunday, including Best Picture, Best Actor, and Best Director — but the French film still lags behind insipid garbage like This Means War, Journey 2: The Mysterious Island, and Ghost Rider: Nicolas Cage’s Flamin’ Spittle. In fact, the only way that The Artist might gain traction in American multiplexes is if it’s dumbed down a bit — in other words, less think, more stink. 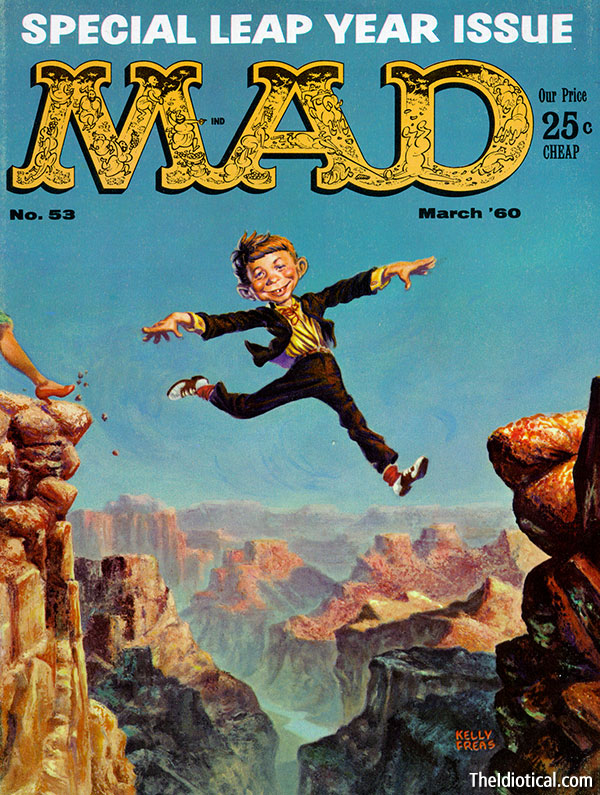 Fans of AMC’s Mad Men are rabidly anticipating the long-delayed fifth season of the show, and their interest was predictably stoked by the recent release of a “mysterious” promo ad, which seems designed to provoke deep questions: “What does it represent?” “Is it a meditation on Don Draper’s empty soul?” “Why does Dr. Pepper taste like that?” But the most relevant question here might be, “What’s going through Draper’s giant, Brylcreemed head?” As always, we’re here with the answers.