CLASSIC MAD DEPT.
The recently departed Fidel Castro was a despicable dictator who ruled Cuba with an iron fist and was responsible for thousands of deaths and political imprisonments. One man who narrowly escaped his brutalization was MAD’s Antonio Prohias, creator of "Spy vs. Spy."  At the time Castro rose to power, Prohias was a political cartoonist working in Cuba. He contributed a series of anti-Communist and anti-Castro editorial cartoons to such publications as El Mundo and Bohemia, frequently depicting Castro as a wolf in sheep’s clothing. The message was “Castro is a Communist.” As you might suspect, Castro was not a fan. Prohias began to receive threats and messages of intimidation. Even former friends began to turn on him. When Castro shut down El Mundo, Prohias felt he had little choice but to flee the country. He relocated to New York and soon found work at a clothing factory in Queens, while continuing to work on an idea he had come up with back in Cuba.  On July 12, 1960, Antonio showed up at the offices of MAD at 225 Lafayette Street with his daughter, Marta, who would act as a translator, and his portfolio of sketches of two spies, one wearing black, the other white. He first showed his work to then associate editors Nick Meglin and Jerry DeFuccio. They quickly called in art director John Putnam and his assistant Lenny “The Beard” Brenner. Soon Prohias was showing his spy sketches to editor Al Feldstein and MAD publisher and founder Bill Gaines. Though not in the market for characters at the time, the MAD staff was so impressed with Prohias, his art style and design sense, they quickly agreed to purchase three "Spy vs. Spy" installments. Over the next 27 years, Prohias would contribute nearly 250 more Spy scripts, plus Spy books, MAD cover ideas and other MAD features. Prohias retired in 1987 due to poor health and died on February 24, 1998 at the age of 77. His work and inspiration continue to live on in the pages of MAD and "Spy vs. Spy," now written and illustrated by Peter Kuper. Below are the first and last Spy strips by Antonio Prohias. 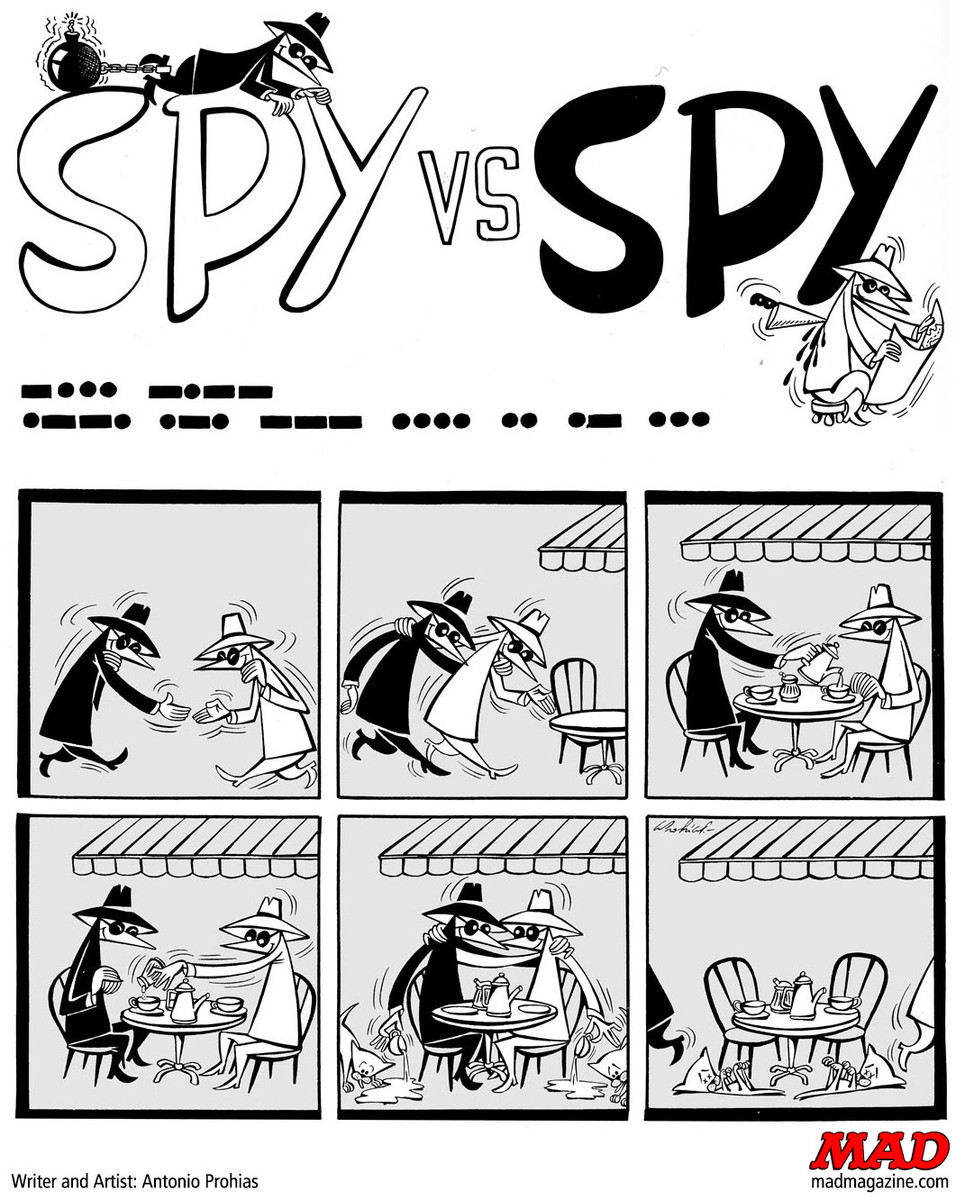 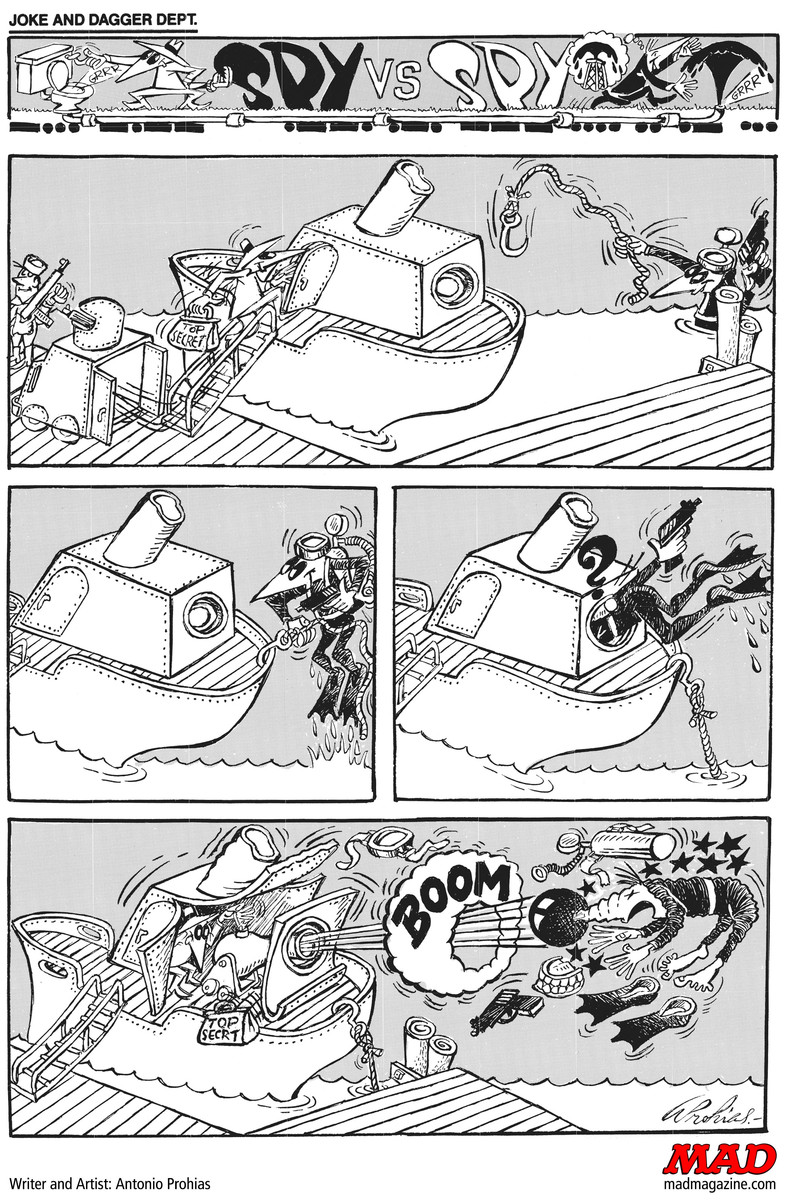 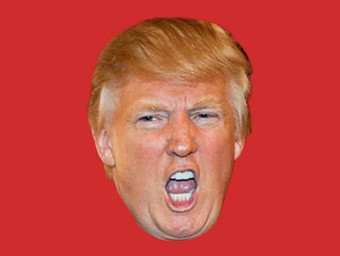