On March 13, Al Jaffee turned 95 years old! And since we’re not exactly on top of these things, we only got around to having a party last night! There were even a few surprises for Al (always a great idea when dealing with a nonagenarian) — the Guinness Book of World Records now lists Al as holding the record for “The Longest Career as a Comics Artist”! Al also received an official proclamation from the Office of the Mayor, City of New York  proclaiming March 30, 2016 to be Al Jaffee Day! (Mark your calendars, retroactively!) And did we mention there was cake? There was cake! Happy Birthday, Al – you’re our favorite 95-year-old Fold-In creator! 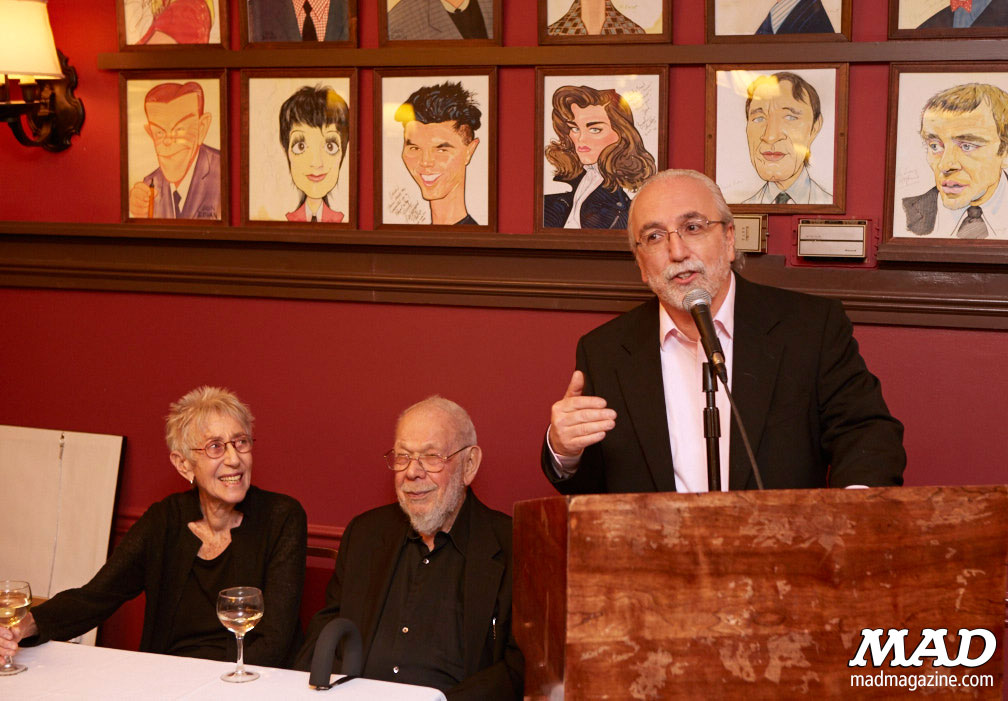 MAD’s John Ficarra explains to Al and his wife Joyce, that they’ll be paying for the night’s festivities 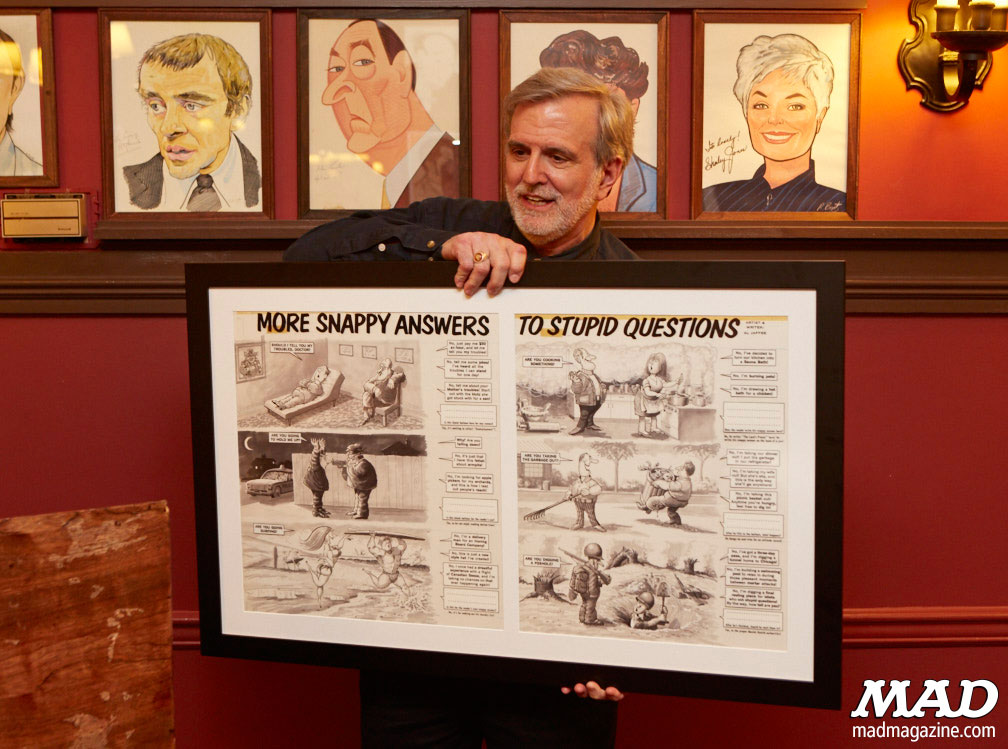 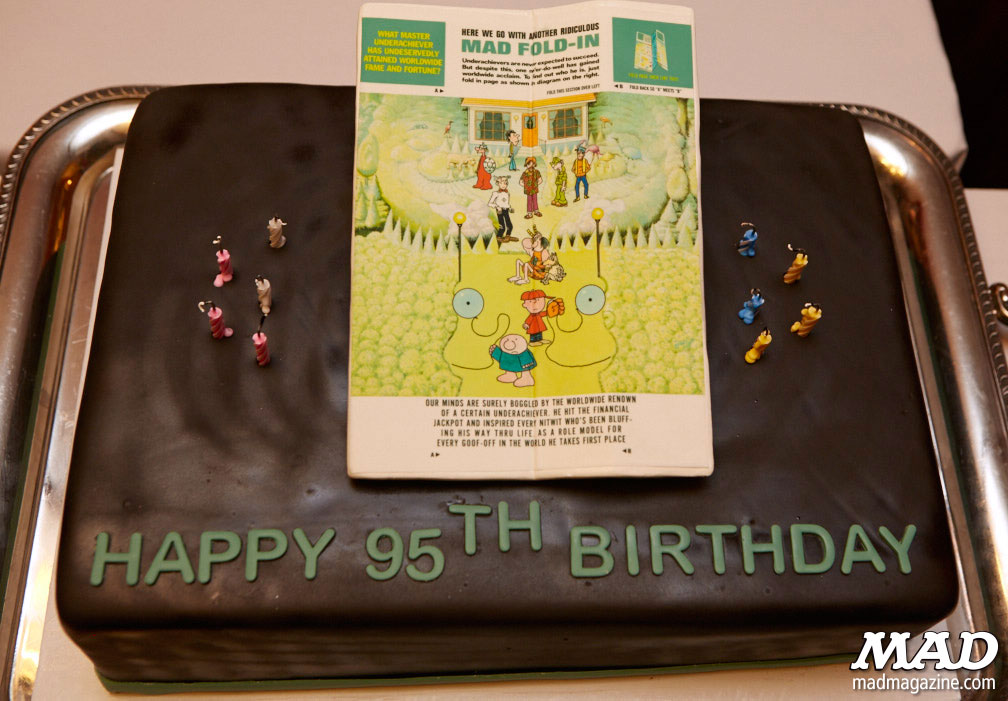 Al’s birthday cake, right before it was destroyed by an over-zealous, fold-happy fan 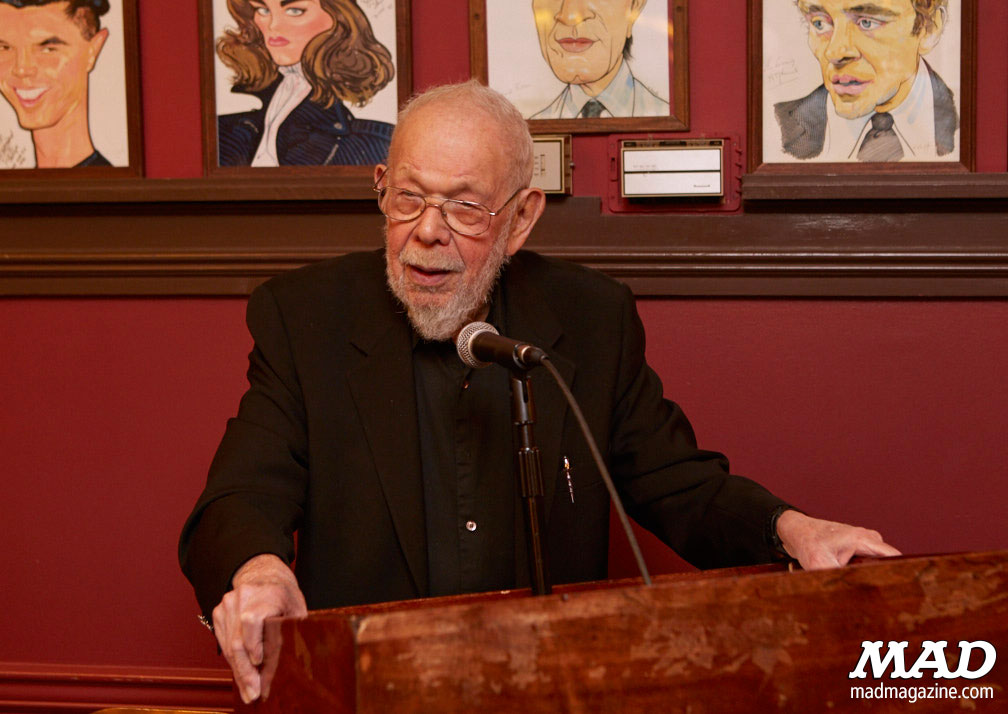 The birthday boy himself 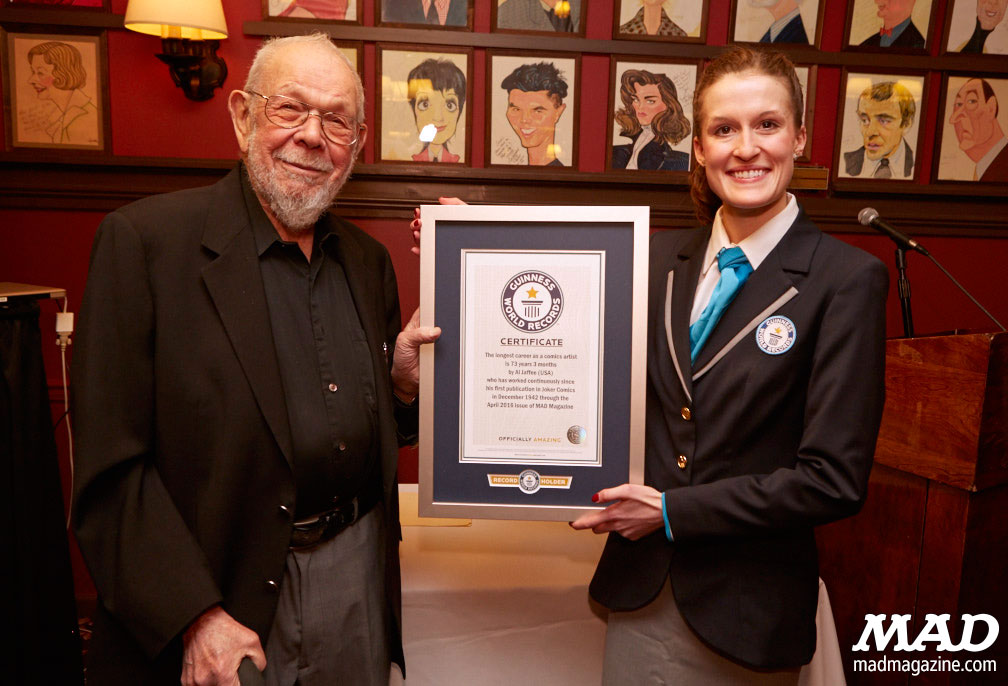 Al and a representative of Guinness 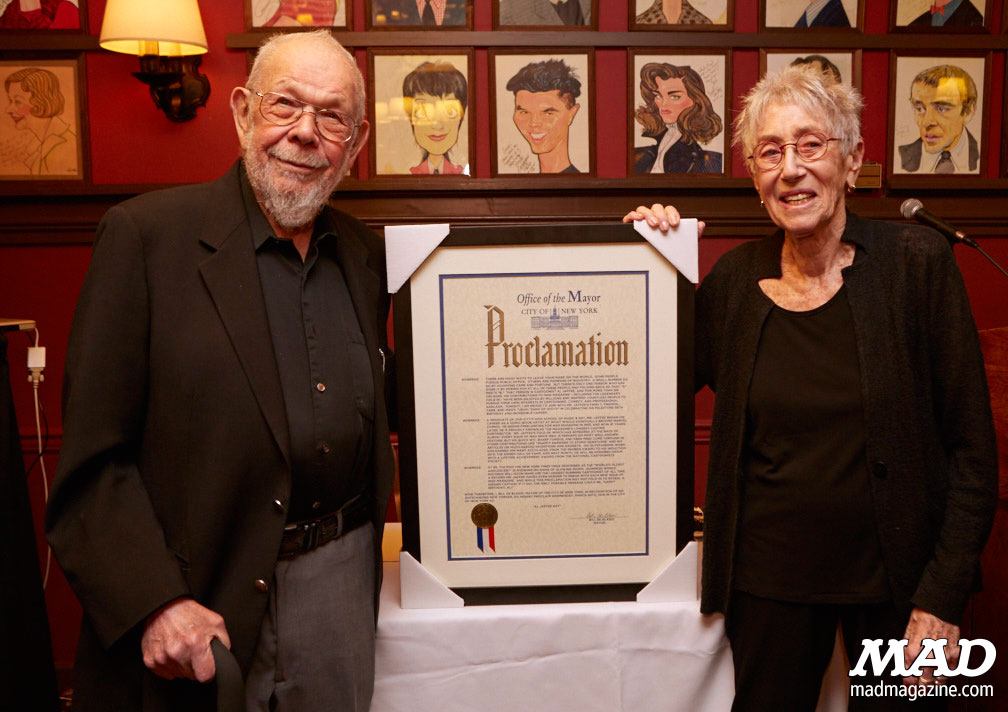 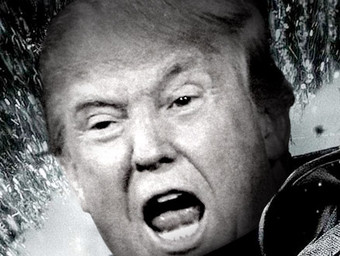