Stan Freberg, a pioneer of television, radio and recorded satire passed away yesterday at age 88. Already well known, In 1955 and 1956, he contributed two articles to MAD, “Anyone For Wrist Slashing?” and “Uninterrupted Melody,”  as well as writing the “backword” for the 1955 paperback Inside MAD. He was also a master of song parody, and is cited by “Weird Al” Yankovic (Guest Editor of MAD #533) as one of his early influences. MAD offers its sincerest condolences to his family. 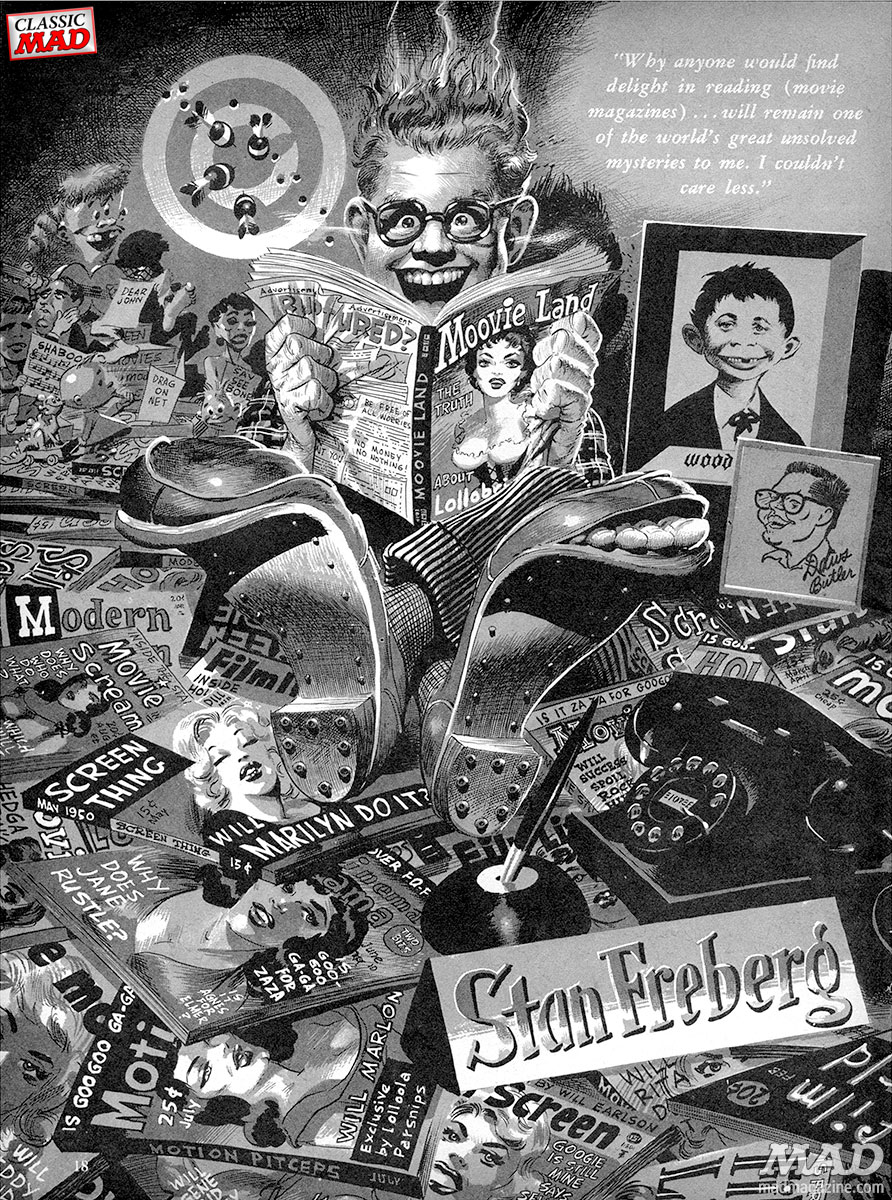