INDIANAPOLIS DOLTS DEPT.With the recent passage of a law promoting the “religious freedom” of businesses to openly discriminate against same-sex couples, the state of Indiana has shown itself to be at the vanguard of Dark Ages political thought. But while outrage is being directed at the Hoosier State and its governor, Mike Pence, a new round of scrutiny is also being directed at the state’s seemingly bucolic seal. 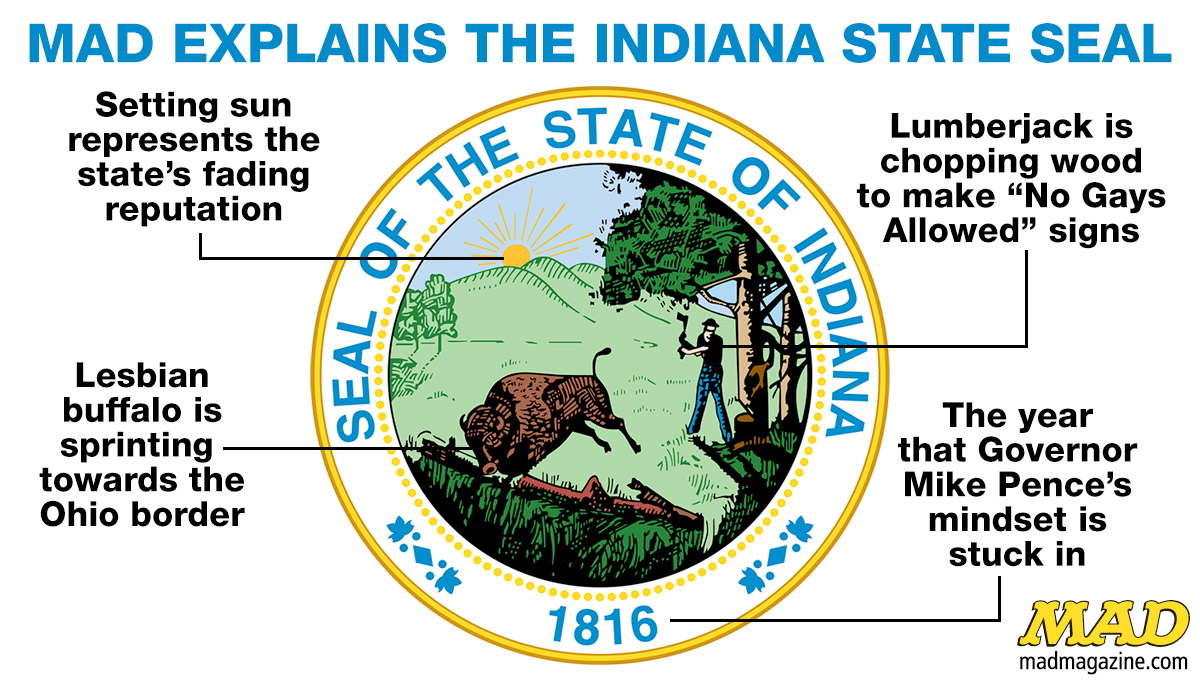 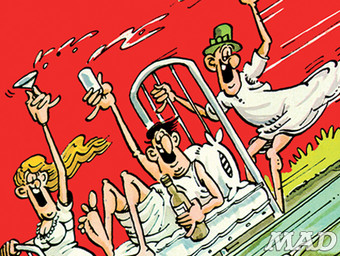 Don Martin: Drunks Belong in Hospital Beds — Not on the Nation's Highways!