MITTS, RUNS AND ERRORS DEPT.Mitt Romney just announced that, after weeks of speculation and rumor, he will not be running for the 2016 Presidency. As alleged joke-writers, we’re sad to see him go — but at least he was gracious enough to appear on one last magazine cover. 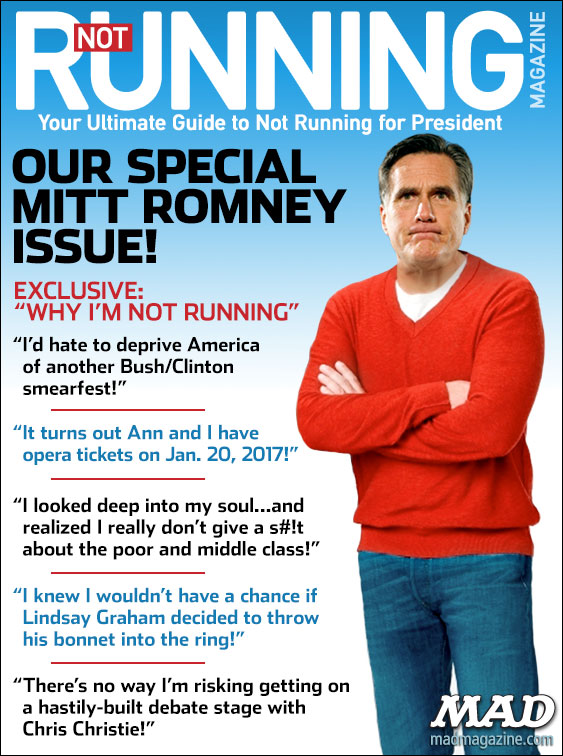 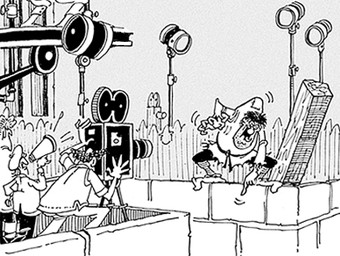 Don Martin: On the "Hunchback of Notre Dame" Set