HOGWARTS AND ALL DEPT.

This past Monday, Harry Potter author J.K. Rowling tweeted this cryptic message to her followers: "Cry, foe! Run amok! Fa awry! My wand won’t tolerate this nonsense." A day later, Rowling confirmed that her fans had solved the puzzle — the tweet was an anagram of  "Newt only meant to stay in New York for a few hours," a reference to the upcoming Potter spinoff film Fantastic Beasts and Where to Find Them.

But could it really be so simple? MAD decided to dig deeper, and have determined that — as with so many things set in the Potter universe — there's a second hidden meaning that reveals Rowling's actual announcement. 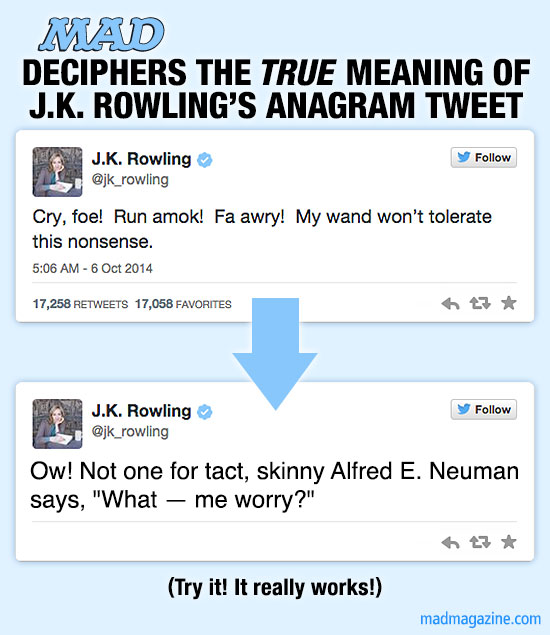 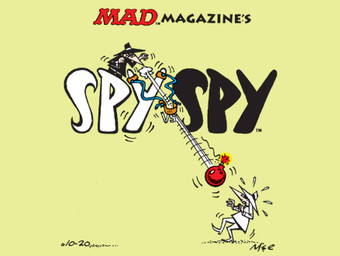