Jay Z vs. Solange: The Tale of the Tape

Jay Z vs. Solange: The Tale of the Tape

RUBBING ASSAULT IN THE WOUND DEPT.

Yesterday TMZ released footage that allegedly showed Beyoncé’s sister, Solange, attacking her brother-in-law Jay Z in an elevator. It’s unclear what caused the fight (although, rumor has it, Jay Z is a notorious elevator-farter), but before there’s a rematch, you can familiarize yourself with the stats! 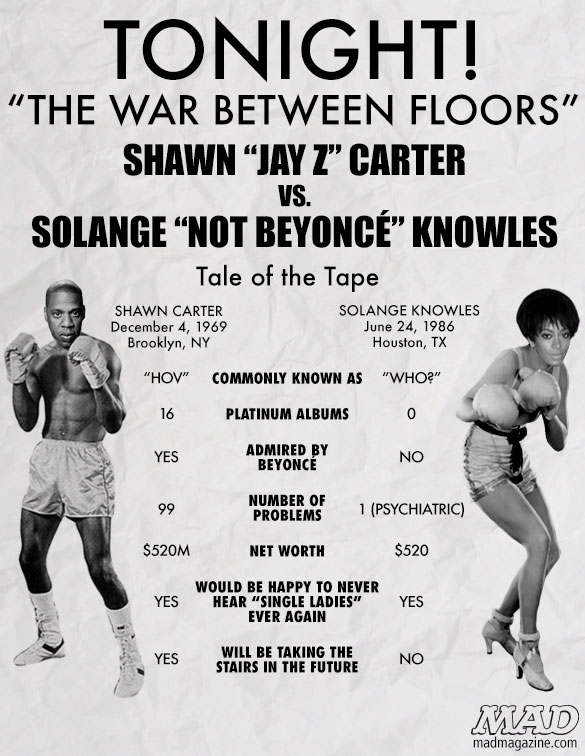 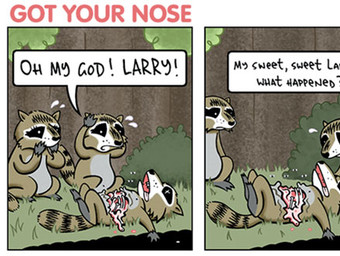 The MAD Strip Club — Got Your Nose: Raccoons