Yesterday, David Letterman announced that in 2015 he’ll be retiring from hosting The Late Show. The good news is that as a retiree, he’ll still be able to have terse, curmudgeonly conversations with people —there just won’t be a camera on him. But the bad news is, it’s not clear why he’s leaving now! Luckily, we’re here to wildly speculate. 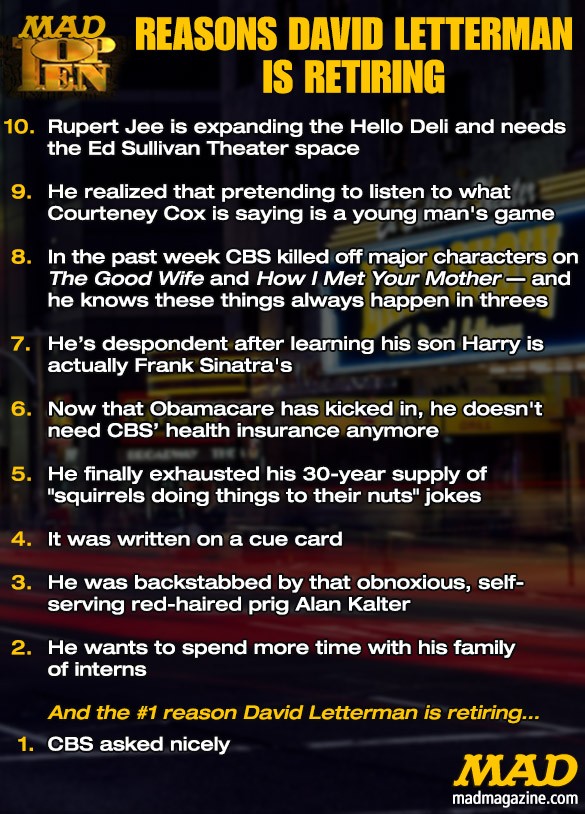 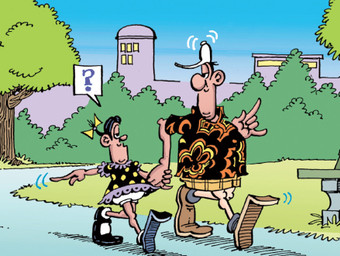 Don Martin: Late One Afternoon Outside of Orlando