“The Simpsons” Marks its 24th Anniversary

“The Simpsons” Marks its 24th Anniversary

24 years ago today, The Simpsons premiered as a TV series, yet, inexplicably, it wasn’t until the second season that MAD appeared in an episode (and the seventh season until Bart visited the MAD office). We’re still waiting for an explanation from Matt Groening why it took so long — but either way, we mark the occasion with the cover of MAD #299! 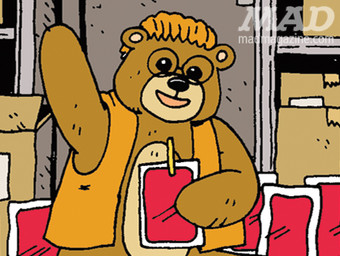