VIEW TO A SHILL DEPT. 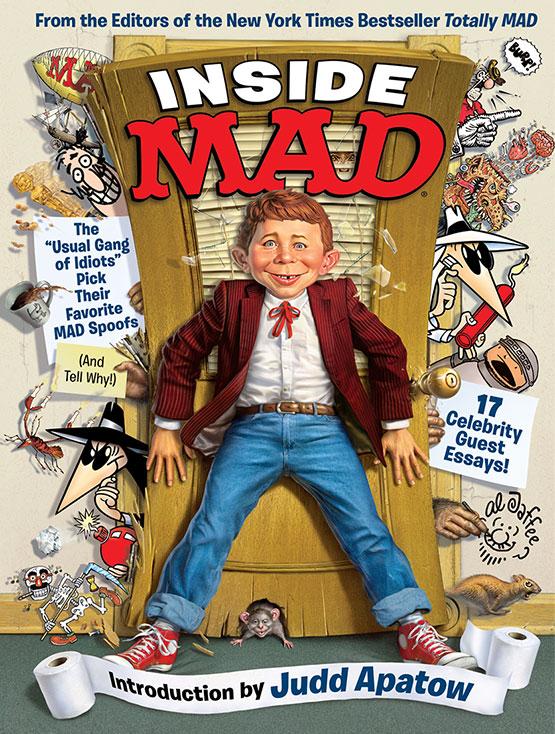 Inside MAD, An Ill-Conceived Collection of the Magazine’s
High-Quality Stupidity from the “Usual Gang of Idiots” and Their Celebrity Fans

On Sale October 29 Nationwide, But Tough To Find In Hoboken

New York, NY, July 16, 2013 – For more than six decades, MAD Magazine's irreverent humor has warped the minds of countless readers. Now MAD's legendary writers, artists, and celebrity fans pull back the curtain, or lift up the venetian blinds, or some window treatment analogy like that, to share and comment on their favorite MAD spoofs of all time in Inside MAD (Time Home Entertainment Inc.; $29.95 Cheap!), on sale October 29, 2013 at retailers nationwide and www.insidemad.com.

Contrary to popular belief, not everyone who wasted their formative years reading MAD wound up as a complete failure. Despite having their minds irreversibly rotted by the magazine, some readers actually went on to be, well, successful! And now, for the first time ever, these successful readers share what reading and appearing in MAD meant to them!

As a bonus, Inside MAD also features an all-new, specially-commissioned gatefold poster by Sergio Aragonés illustrating the mayhem of the legendary MAD offices and a never-before-reprinted Alfred E. Neuman pop art poster!

Speaking from MAD’s international headquarters in midtown Manhattan, MAD Editor John Ficarra said, “Dammit, I told you not to call me here! I’m NOT paying you! Oh…er…excuse me. I thought you were someone else.”

Inside MAD offers a rare look into the twisted minds of the writers and artists who have produced the magazine for the past 61 years.  The editors would like to say it’s illuminating and insightful, but unfortunately they can’t – they’ve read it.

MAD, the country’s #1-selling humor magazine (in a field of 1), is dumber than ever! Join MAD Magazine editor John Ficarra and art director Sam Viviano for a ridiculous peek at what’s happening at the magazine, an exclusive first-look at their new book, Inside MAD, and an epically, moronic Q&A that’s bound to be, well, MAD! (Prizes will be awarded for most moronic questions!) Media is invited to attend.

About MAD:
Now celebrating its 61st anniversary, MAD Magazine is America's longest-running humor publication with that title. MAD has entertained, inspired and occasionally revolted generations of readers by satirizing politicians, celebrities, sports and pop culture. Whether in print, on television, the web or the iPad, MAD remains a cultural touchstone. MAD Magazine is part of DC Entertainment, a Warner Bros. Entertainment Company, though they frequently deny it. 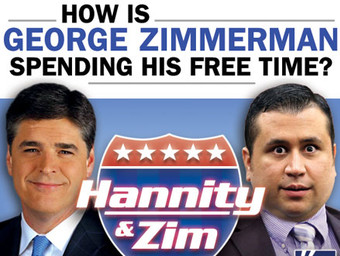 How is George Zimmerman Spending His Free Time?