Whoever said, “Dying is easy, comedy is hard” died before Michele Bachmann ran for public office. The four-term, factually-challenged Congresswoman from Minnesota was a gift to comedy writers everywhere — her gaffes providing daily fodder for pundits, late-night comedians and yes, even MAD. Yesterday, Mrs. Bachmann announced that she would not seek another term in Congress. Her departure from the political scene will once again make comedy hard. Good bye, Mrs. Bachmann. And thanks. 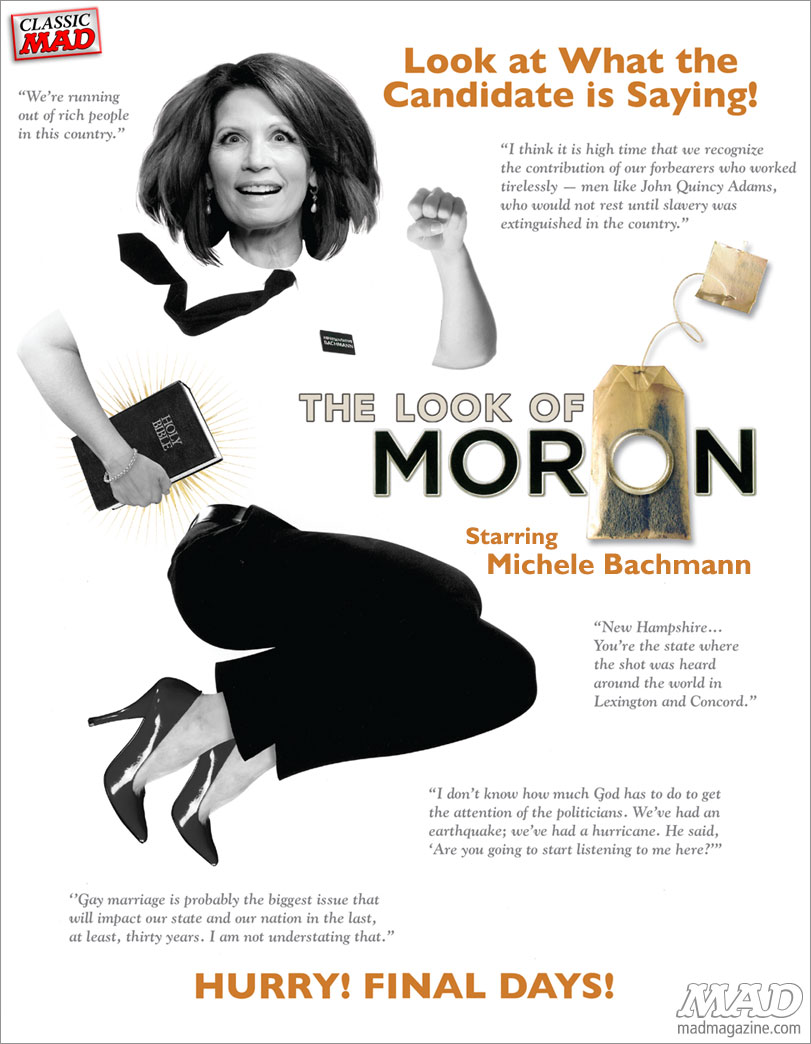 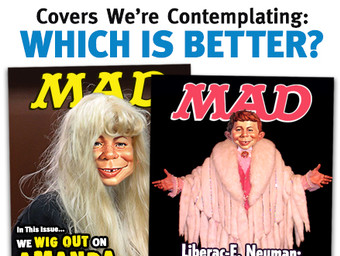