There’s good news and bad news. The bad news is that Two and a Half Men has been renewed for another season. But the good news is that at least Angus T. Jones won’t be coming back! Apparently, when a video of you trashing your show goes viral, it might have a negative impact on your career. Go figure! Poor Jonesy’s career may be dead — but just in case that starts a morbid trend, here’s: 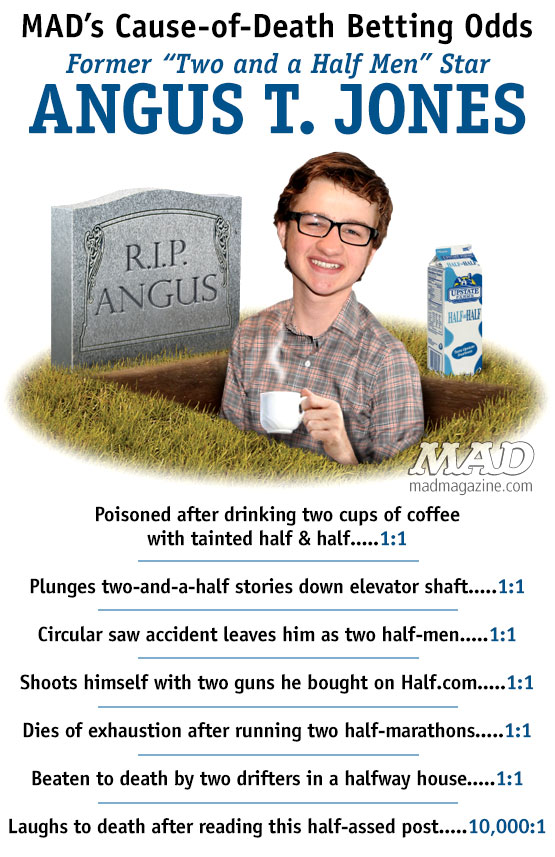