Today we're showcasing a piece from our latest issue, MAD #520, on sale now! It's written by Desmond Devlin and illustrated by Ty Templeton.

Don't miss an issue of MAD: subscribe today! Get the print edition here and the iPad edition here! 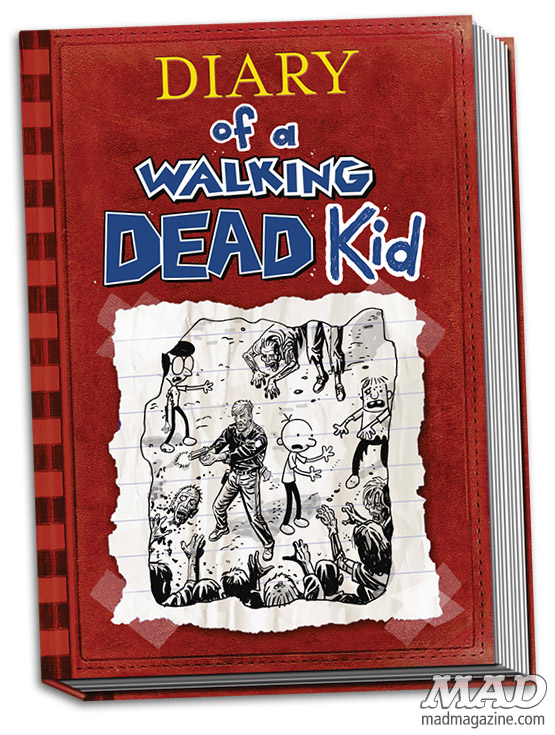 The Walking Dead! Diary of a Wimpy Kid! Two massively popular cartoon titles, each with sales in the millions, but also two totally separate audiences. One series is a grisly exploration of existential horror, about an emotionally shattered hero just trying to survive another day with the terrible knowledge that his own family might turn on him at any moment. And the other one’s about zombies.

Each title has reached the pinnacle of success for any comic book creator. They’ve been turned into a TV show and a movie franchise, so rabid fans don’t ever have to waste their time reading the original source material ever again. Ugh, PAPER.

But the publishing houses aren’t giving up that easy. And if they’ve hit a marketing ceiling, there’s still one way to juice additional interest in their flagship titles: combine them! However, this particular crossover faces daunting creative challenges. On the one hand, you’ve got a grade school zitcom drawn on a blind monkey’s Etch-A-Sketch that thinks seat assignments and sleepovers are akin to Shakespearean drama. On the other severed hand, you’ve got a repetitive conveyor belt of necrocannibalistic gore, with a more detached tolerance for head trauma than the NFL. How can such disparate genres be integrated into one satisfying work? Can two one-note projects harmonize into a symphony?

The answer is yes. These two series are actually a perfect fit. Who among us hasn’t had an annoying sibling, and wanted to bite through their carotid artery? Diary of a Walking Dead Kid manages to tap into the latent homicidal rage that school and family are all about, and turn it into a charming, nightmarish, warmly funny ordeal of suffering that schizophrenics of all ages can identify with. 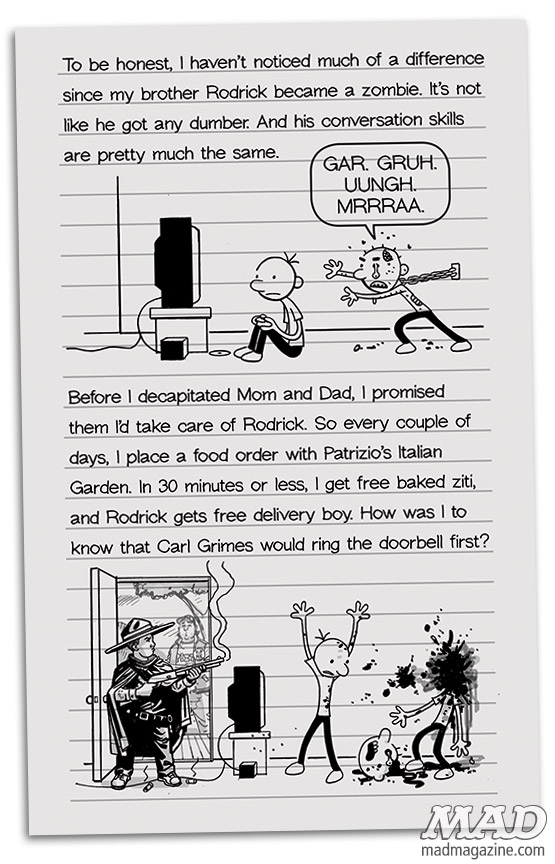 When the story begins, Greg Heffley wakes up to discover that he’s been transported to the blood-soaked suburbs of post-zombie Atlanta. How is this possible, you ask? Oh, shut up. You never wondered before how Greg could have 90% of his body weight concentrated in his head, but NOW you’re getting meticulous about realistic details and airtight logic?

At first, Greg’s happy with the switch because the weird kids have all been eaten, the zombified bullies can now be outrun, and it’s okay to put an axe into your least favorite teacher’s face. (Even more so if they’re a zombie.) As Greg’s pals get eaten one by one, he befriends neighborhood newcomer Carl Grimes. Carl’s the type of kid Greg’s never seen before. Hardened. Resilient. Youngest NRA President ever. He’s the most dangerous 13-year-old killing machine to appear in kids’ literature since Pippi Longstocking. 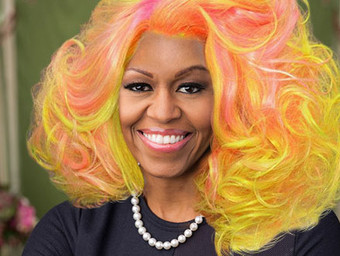