NRA honchos Wayne LaPierre and David Keene have been in the news lately steadfastly opposing any new gun control legislation. Whether they’re suggesting armed guards in schools, or saying Obama thinks his kids are better than yours (which, to be fair, they probably are...), every time they open their mouths, these two doofs set back the dialogue. On the upside, with their laughable defenses, if the NRA ever lets them go, they should think about going pro in comedy! 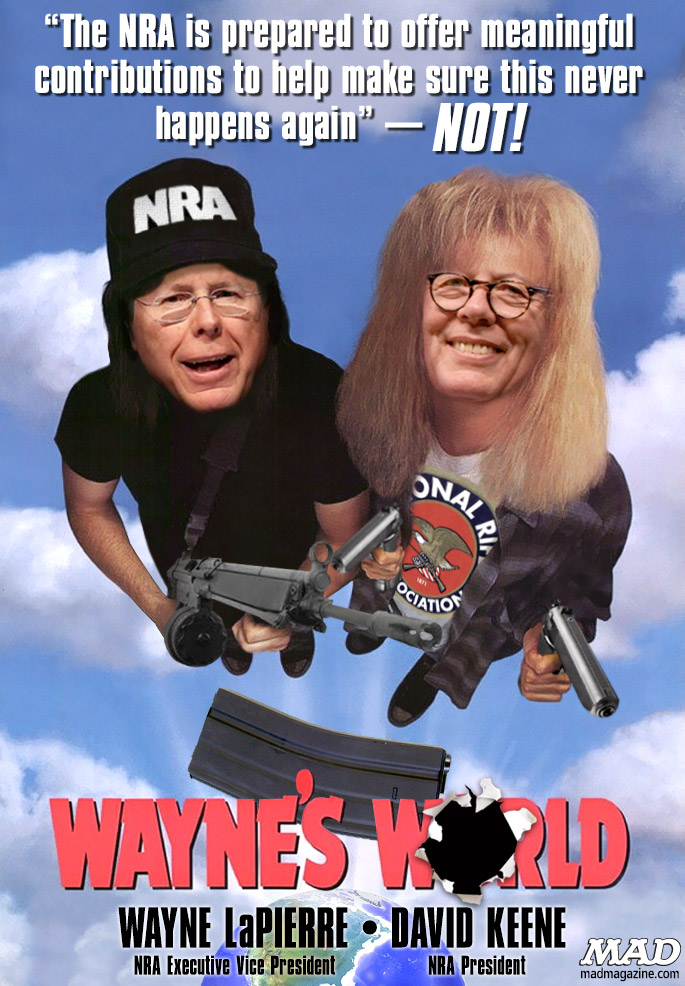 Disturbing Similarities and Differences Between Lance Armstrong and Wayne LaPierre