Yesterday, Lance Armstrong finally came clean and admitted to being a lying, cheating, drug-using weasel. After years of steadfast denials, what prompted this sudden act of truthfulness? Some say it was the overwhelming evidence compiled against him. We say the tipping point for Lance clearly came after he appeared in the piece below as one of 2012's "20 Dumbest People, Events and Things" in MAD #519 — on sale now! 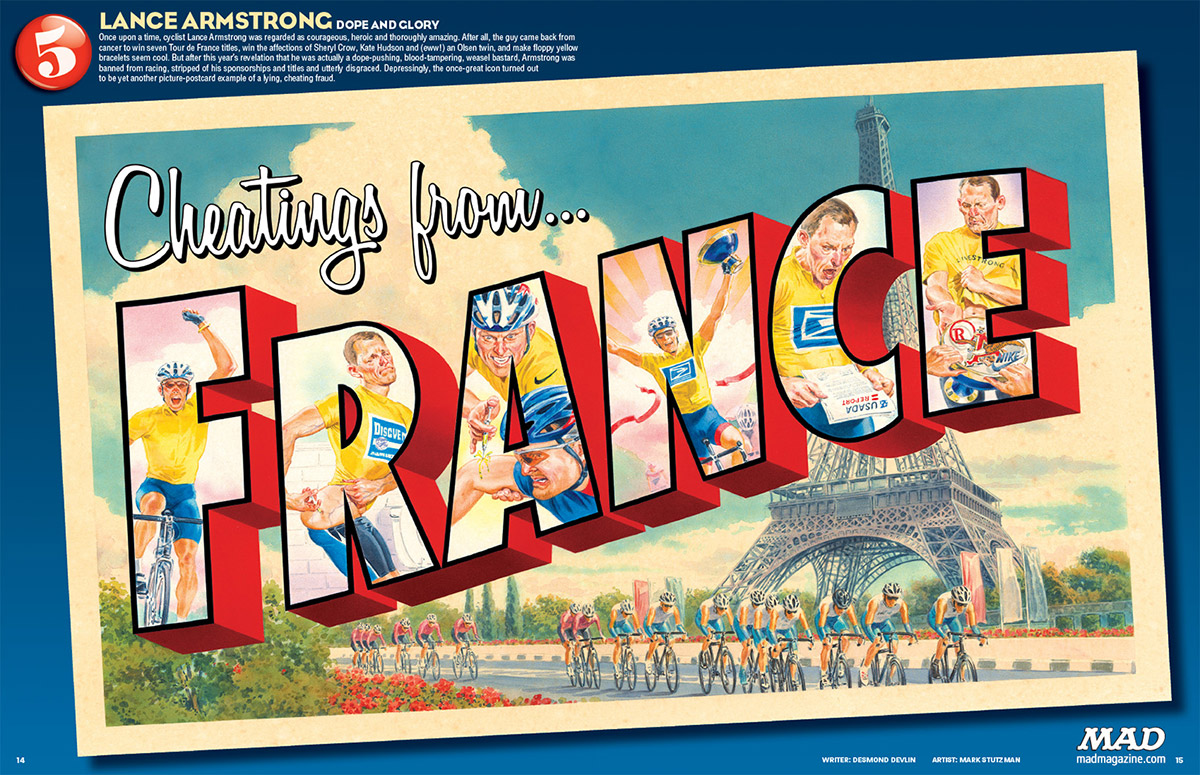 8 Ways to Avoid the Flu