In a recent Dateline interview about his gastric bypass surgery, Al Roker admitted that in 2002, as he was getting used to the procedure’s aftereffects, he attempted to fart but wound up...let’s say...welcoming a brown front to the southern region. Then he threw his underwear in the garbage and went Al-Roker fresco. Oh, and did we mention that this all happened while he was in the White House? No word on whether the President was whisked away to an undisclosed location — and that’s fine, because, frankly, we feel like we already know WAY too much. 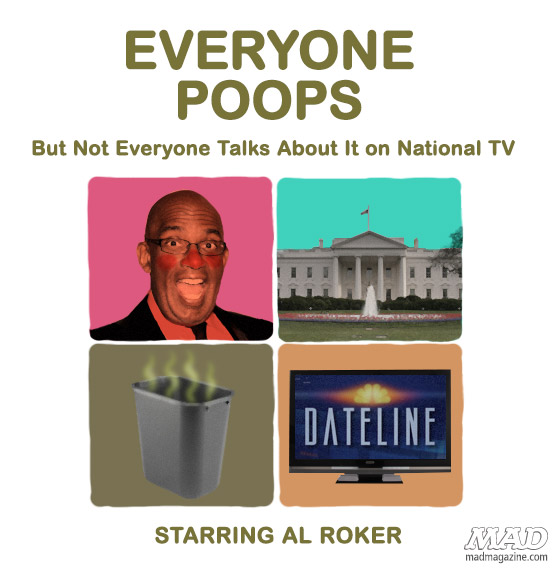 MAD Exclusive: Map of the Biggest Gum Owners in Your Neighborhood