Abraham Lincoln once said “Better to remain silent and be thought a fool than to speak out and remove all doubt.” And after a week of silence regarding the tragic shootings in Newtown, CT, the NRA learned that lesson the hard way. This afternoon, NRA Executive Vice President Wayne LaPierre held a press conference where he suggested that having armed guards in all schools would prevent something like Newtown from happening again. He also claimed that guns weren’t responsible for gun violence — rather, it was movies, videogames, music and the media that was at fault. We can’t wait to see who he blames for his terrible performance. 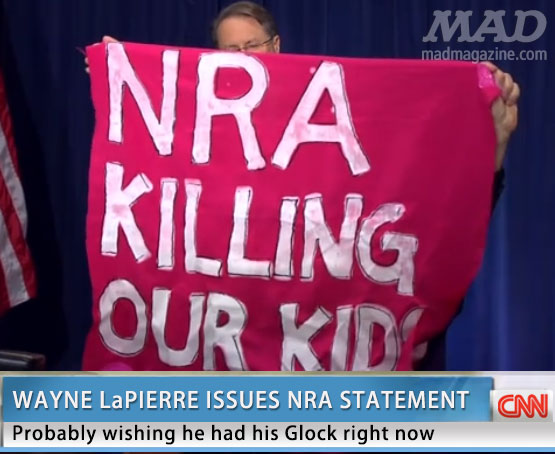 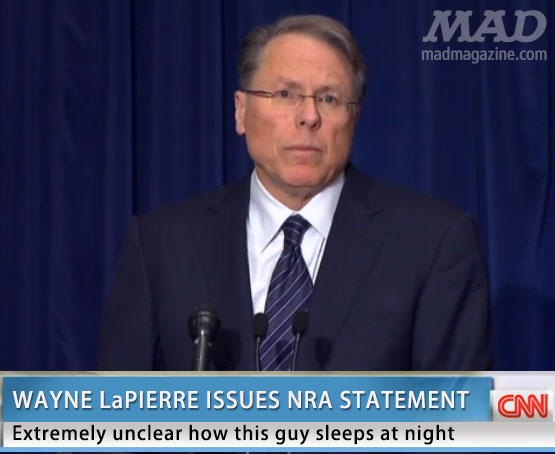