In December 2010, BP earned the top spot in MAD’s “20 Dumbest People, Events and Things” with their horrific oil rig explosion and the disastrous oil spill that followed in the Gulf of Mexico. Today, BP finally admitted their guilt, agreed to pay $4.5 billion in fines and pled guilty to 14 criminal charges. A small bit of justice for the 11 people killed in the explosion and the millions more whose lives were disrupted or forever ruined by BP’s gross incompetence. 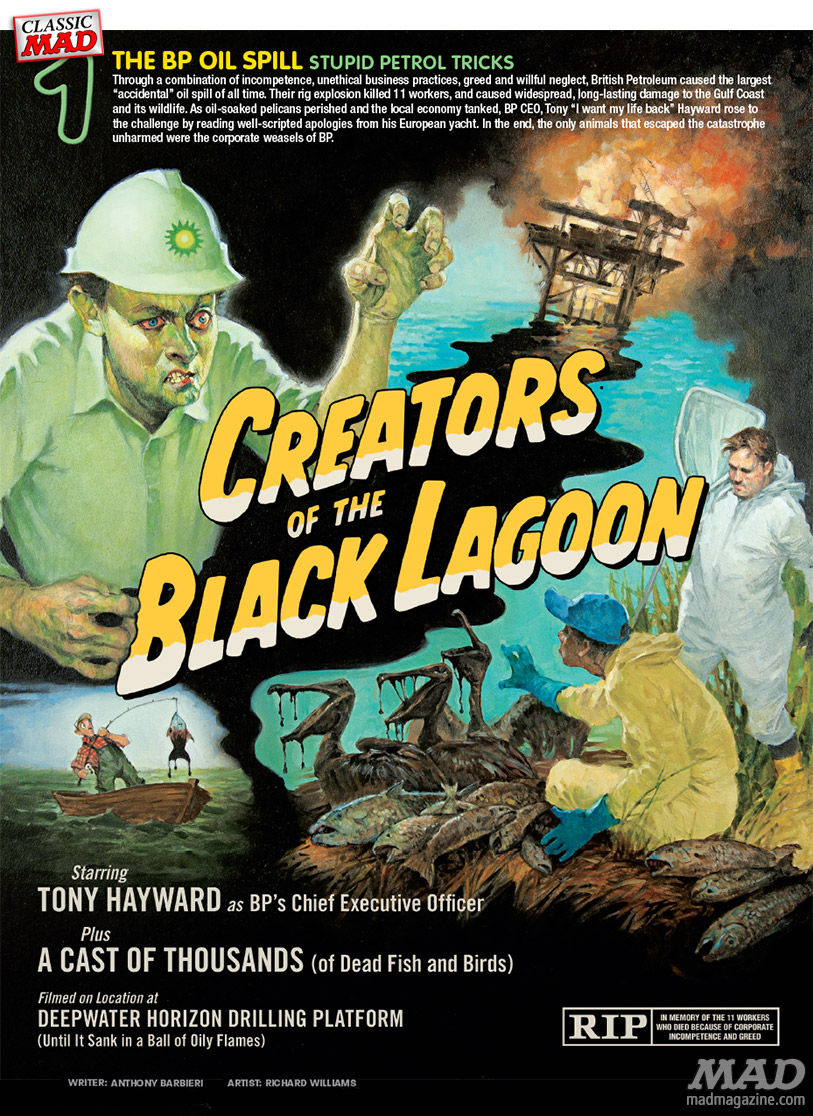