A blockbuster deal shook the entertainment industry today when Disney acquired Lucasfilm for $4.05 billion. As a result, Disney has added the massively lucrative Star Wars franchise to a roster that already boasts the Pixar films and Marvel properties — including the $1.5 billion-grossing The Avengers. But the biggest news arising from this deal is the announcement of upcoming Star Wars movies! Beginning with 2015's Episode VII, a slew of new sequels will ensure that legions of fans keep buying Darth Vader bathrobes and R2-D2 gravy boats for generations to come.

As George Lucas walks away with a few billion in cash and 40 million shares of Disney stock, MAD is excited to present the first look at the poster for the next chapter in the Star Wars saga! 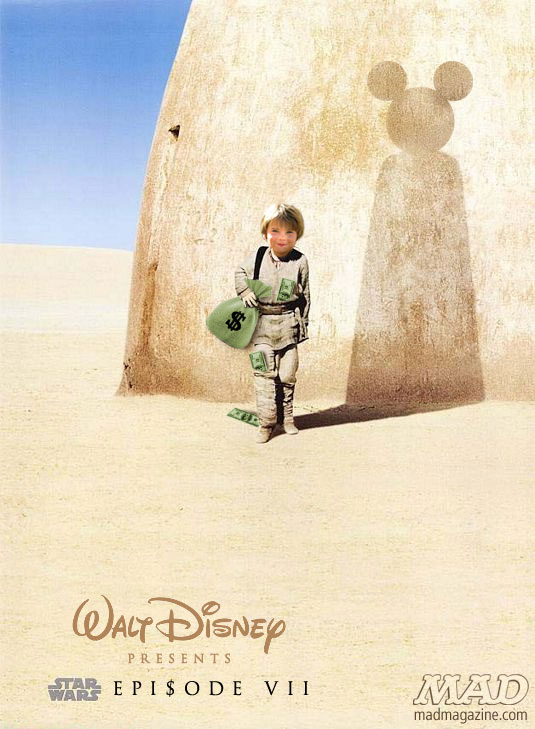