New York Comic Con was this past weekend and the Usual Gang of Idiots was there! We have some photos to share with those who couldn't make it. 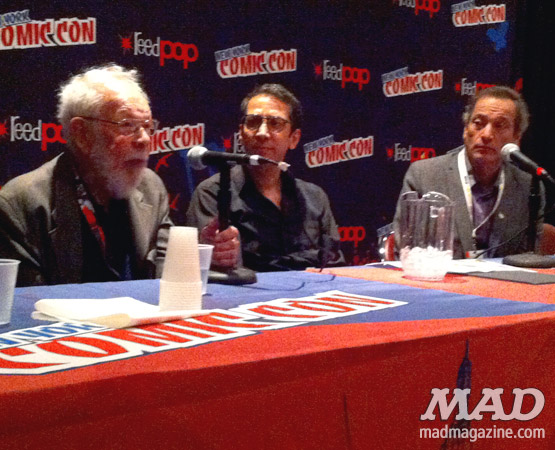 During the "Mad About MAD" panel, Al Jaffee explained the origins of "Snappy Answers to Stupid Questions" as Peter Kuper and Drew Friedman listened attentively.

Peter discussed the artistic evolution of Spy vs Spy since he became its writer and artist, including the fun he's had adapting Spy adventures for the iPad. 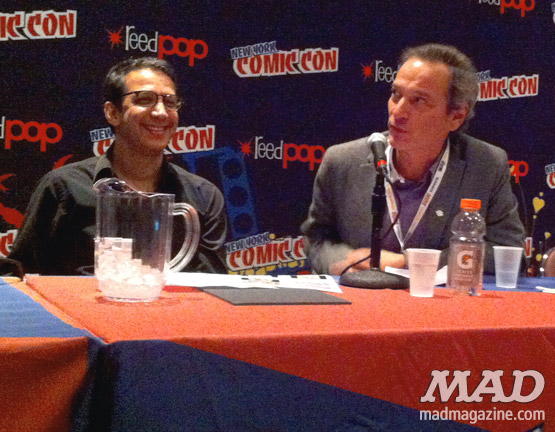 Drew revealed his favorite feature to illustrate in his long MAD career, "The MAD Guide to Man Boobs". (He's currently working on Volume 3!) 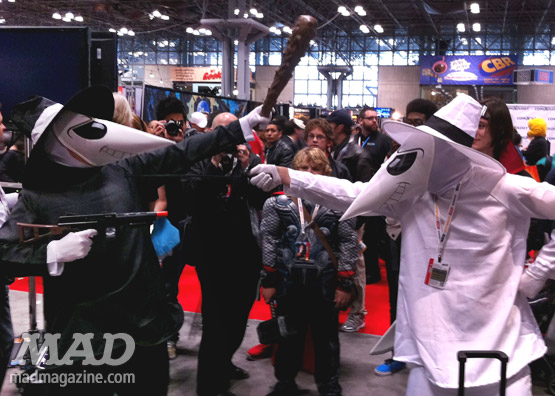 Spy vs Spy cosplayers fought each other, to the delight of the crowd... 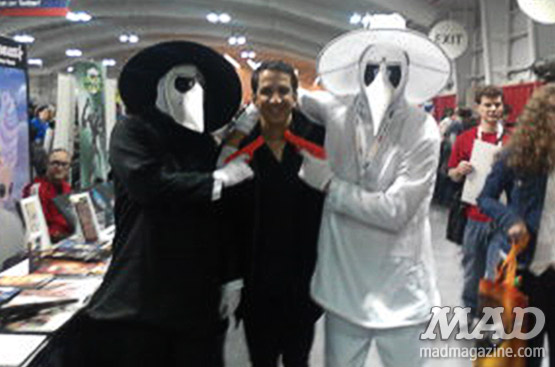 ...until they teamed up against Peter in Artist's Alley! (Photo: Alejandra Lamardo)

Thanks, NYCC! See you next year.