The NFL’s replacement refs have been ultra-horrendous all season — and last night, when they botched the winning “touchdown” in the Seahawks-Packers game, they weren’t even that good! But no worries! The idiot NFL says the idiot refs got it right! Meanwhile, the league continues to lock out the real refs because the poor saps want a pension — which a league that makes 40 zillion dollars a year apparently can’t afford. 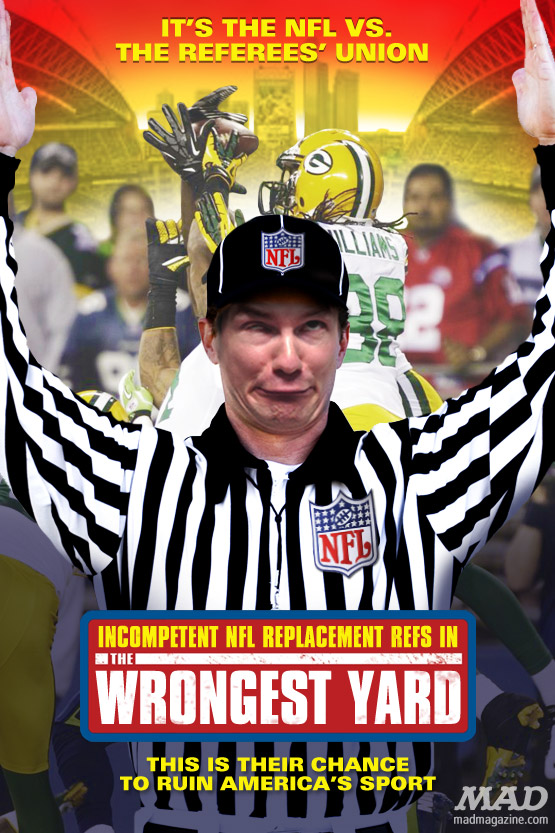 A Classic MAD Fold-In: Who Are the Disaster Victims that Nobody Ever Helps?