In a secretly recorded video, Republican candidate Mitt Romney tells a group of his fundraisers that he doesn’t worry about the 47% of Americans who support Barack Obama and who don’t take responsibility for their lives. To make matters worse, Romney has stolen his no-worry approach from another perennial presidential candidate — MAD’s own Alfred E. Neuman. 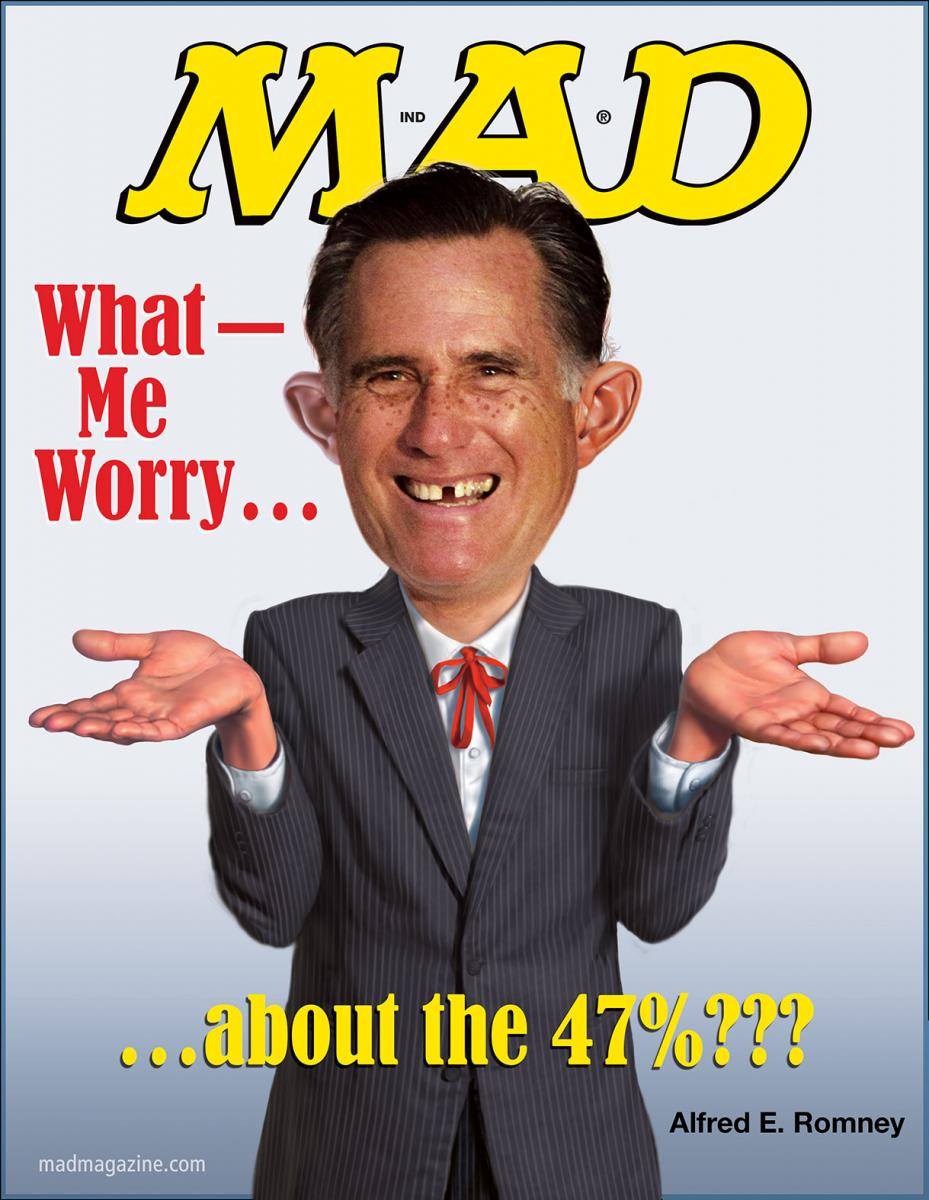