There are so many mysteries in China right now! First off, Xi Jinping has vanished! Second — who is Xi Jinping?!?! He’s the Vice President of China, and is presumed to be the next president — and he’s nowhere to be found. It’s unclear if he’s sick, or the victim or an attack, or just super into naps. No one “in the know” is saying where he is. Which is why those NOT in the know (that’d be us) are stepping forward with explanations! 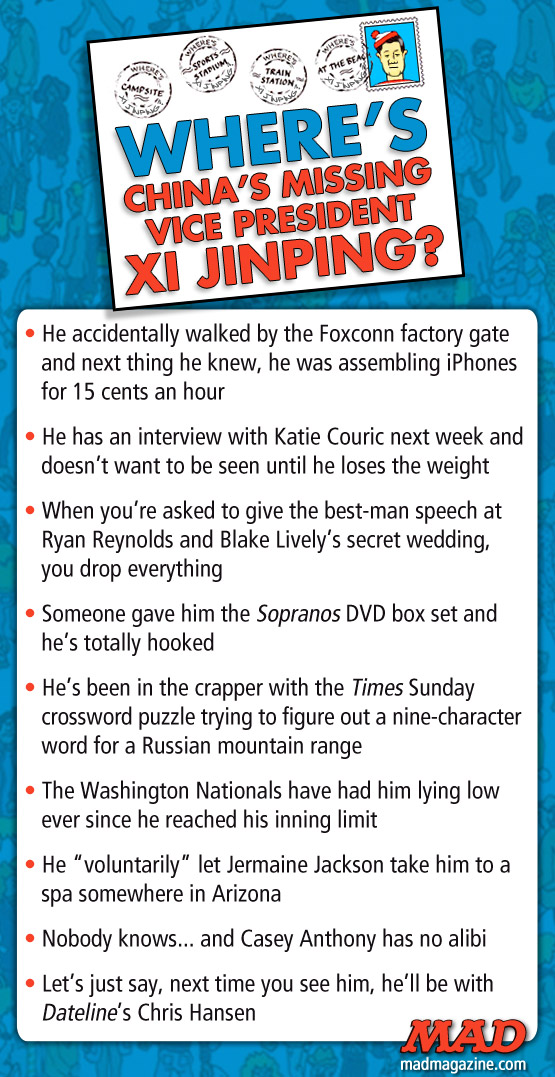 Why Last Weekend’s Movie Box Office was the Worst in 10 Years!