It was announced this week that The Tonight Show is making budget cuts — which means not only a pay cut for Jay Leno, but also the loss of 25 jobs on the show. As much as we could argue that the real victims of The Tonight Show are anyone who’s been forced to watch an episode, this is still sad news. And since Jay is a razor-sharp satirist, unafraid to address any topic (including how Trump has a comb-over!), we’ll probably be seeing these jokes on his very show! 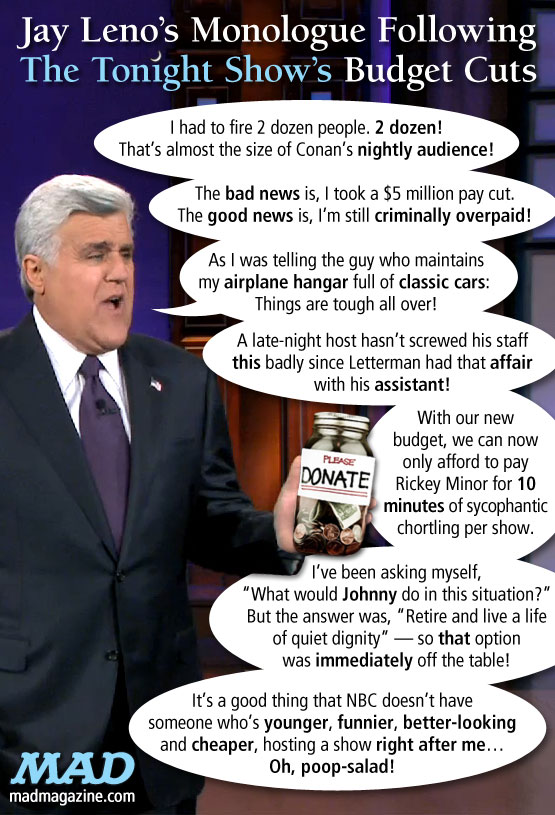