Google was pretty excited about their “answer” to Apple TV — the Nexus Q. So it was surprising when the cyber-behemoth announced that it was suspending the launch of the media streaming doodad…indefinitely. Reps said they wanted to take time out to make it “even better,” which shouldn’t be hard, given that the Nexus Q can only stream content from Google Music, Google Play, and (Google-owned) YouTube. No Netflix, no Hulu, no home video of that time you peed yourself during your piano recital (it’s not ALL bad news). Basically, purchasing this overhyped eight ball is the tech equivalent of buying a set of knives that can only cut carrots. But besides the Nexus Q’s narrow functionality, we realized there are plenty of other things those Google gurus need to fix. 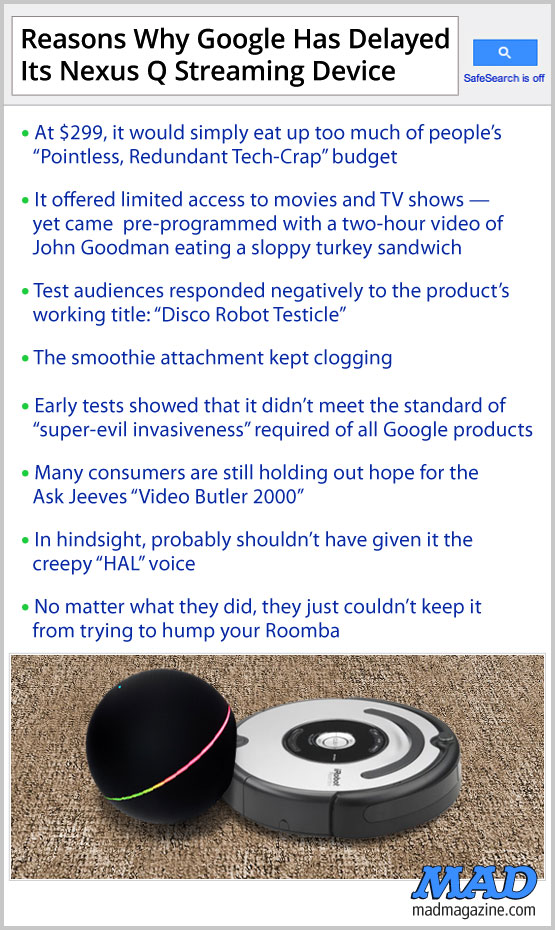