The Real Reasons Why Ann Curry Was Fired from "The...

Ann Curry has left her co-anchor position on NBC's The Today Show, saying a tearful goodbye to viewers just as NBC execs were saying a tearful goodbye to the show's 852-week streak as morning ratings champ. Officially, Ann was ousted from the position after Good Morning America took the top ratings spot, but who can say what really happened in the fast-and-furious-and-forgettable world of morning TV? We can. 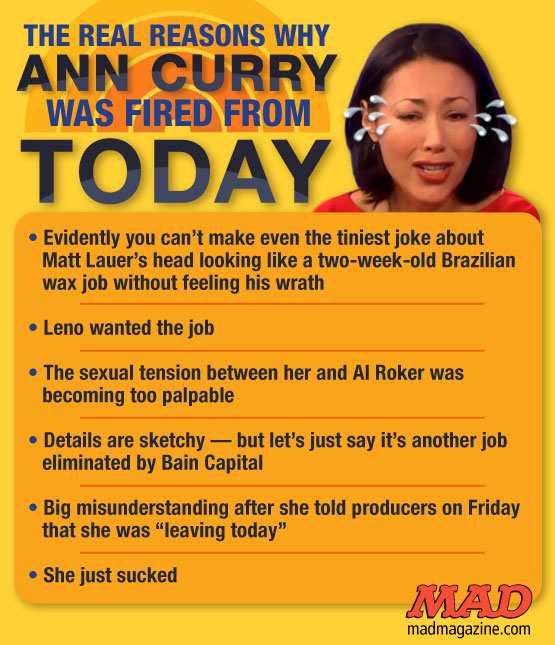