"New Rules" for the Mets now that Bill Maher is a...

This past weekend, comedian Bill Maher revealed that he bought a 4% interest in the New York Mets. Knowing the outspoken Maher, we expect it's only a matter of time before he begins butting into team affairs and throwing his weight around. Just like on his HBO show, Real Time, Maher will soon begin imposing some ridiculous "New Rules." 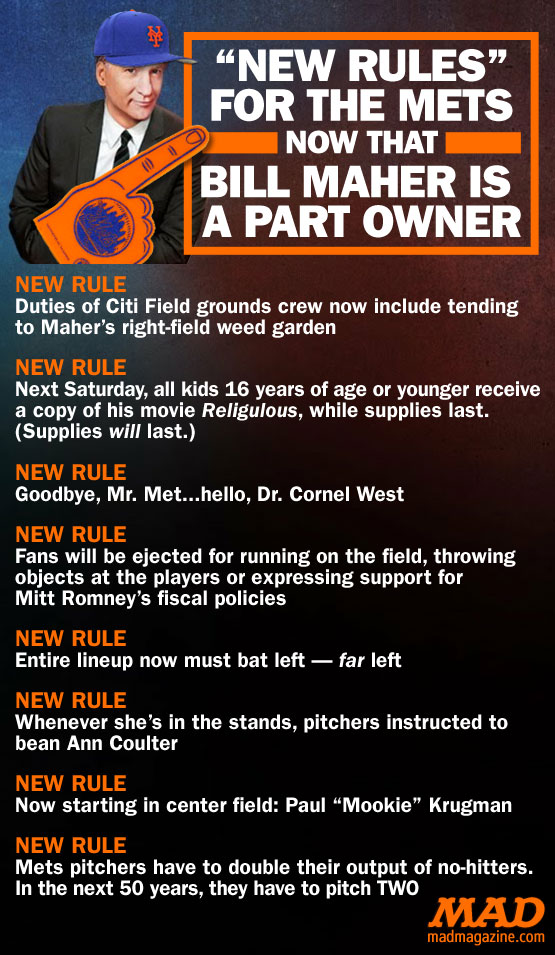 Signs That Zombies Do Exist