The National Cartoonists Society held the 66th Annual Reuben Awards in Las Vegas this past weekend. The big winner at this year's ceremony was none other than MAD's very own Tom Richmond, who took home the Reuben Award for Outstanding Cartoonist of the Year! The Reuben is the highest honor a professional cartoonist can receive. Past winners include such big names as Charles Schulz, Gary Larson, Matt Groening, and four legendary members of MAD's Usual Gang of Idiots: Mort Drucker, Sergio Aragonés, Jack Davis and Al Jaffee! Below is a photo of Tom holding his shiny new Reuben surrounded by three of the four previous MAD winners, along with MAD Art Director Sam Viviano and longtime MAD Editor Nick Meglin.

Congratulations, Tom! Now come down off your cloud and get going on the next movie parody! Deadlines don't care about fancy awards.

Huge thanks to David Folkman for the photo! 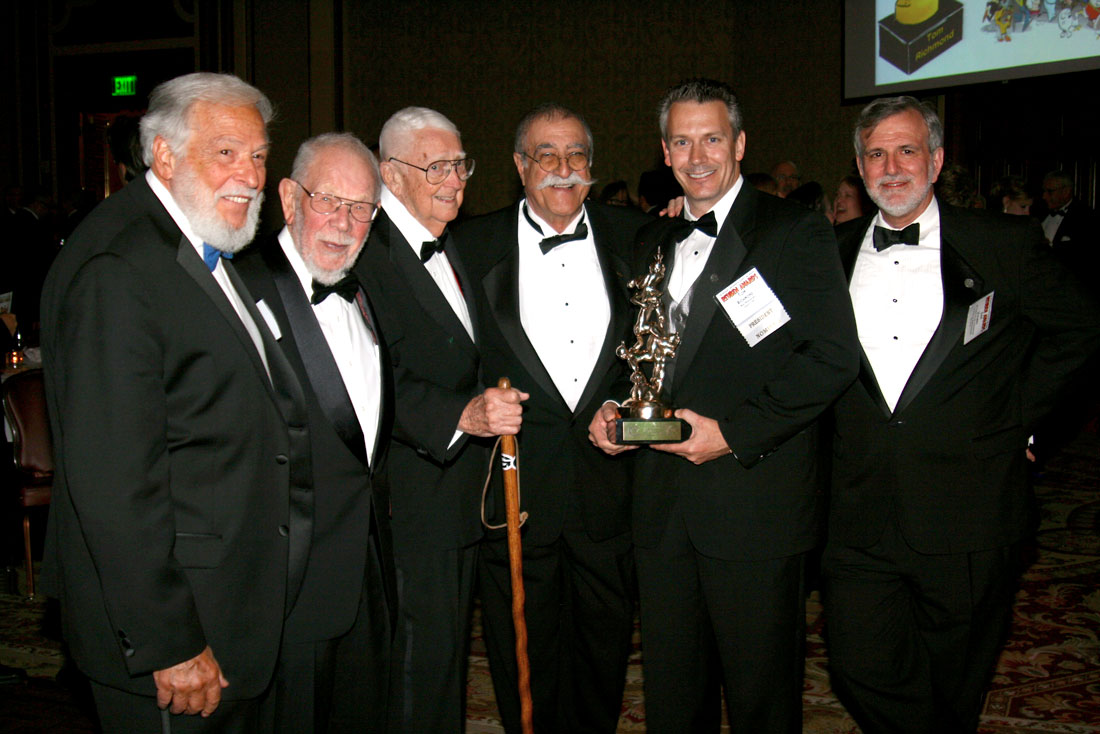 Other Explosive Vatican Secrets Revealed by the Pope's Butler