The Results of The Albert Pujols Memorabilia Auction

The Results of The Albert Pujols Memorabilia Auction

A jersey worn by Babe Ruth recently sold at auction for a whopping $4.4 million (nearly as much as the Sultan of Swat spent in his storied career on hot dogs). Lost in all the excitement were the results of another baseball auction involving Albert Pujols — a modern-day superstar who, after signing a mind-melting quarter-billion-dollar contract with the Los Angeles Angels of California of America, is having a historically terrible season. 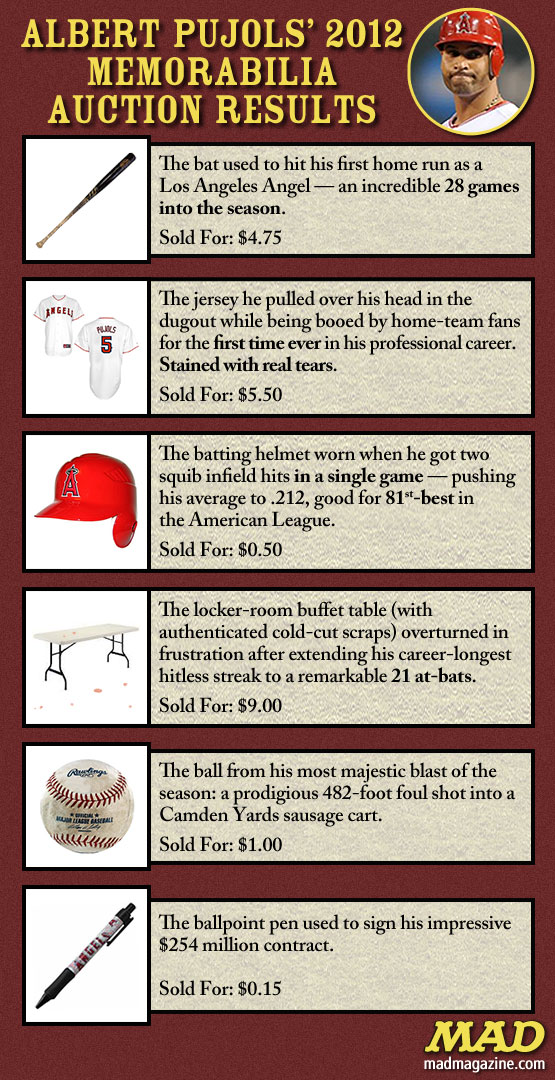 "Planet Tad" on "The Daily Show"