Why "The Avengers" Made $200 Million Last Weekend

Why "The Avengers" Made $200 Million Last Weekend

Over the weekend, The Avengers shattered all box office records, raking in over $200 million domestically. Why were so many Americans willing to shell out their hard-earned unemployment checks to go see a bunch of guys in Spandex blow up stuff? You don't have to be Batman to deduce that the reasons were many. 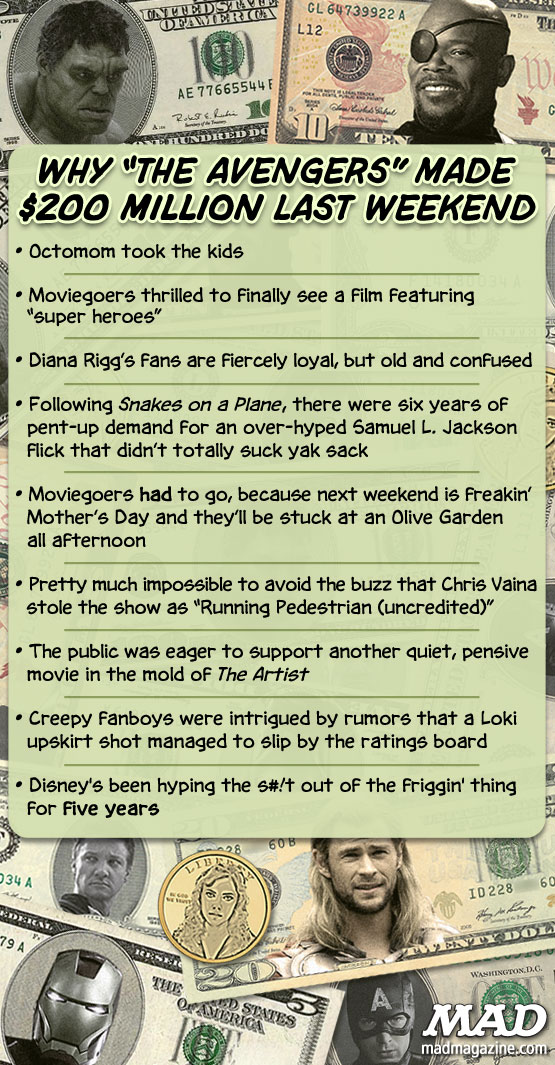