Mad Men fans have waited over a year and a half for the show to return, and this Sunday the first episode of season five will finally debut. Let's just hope series creator Matthew Weiner (second from left) didn't use these copies of MAD for inspiration. 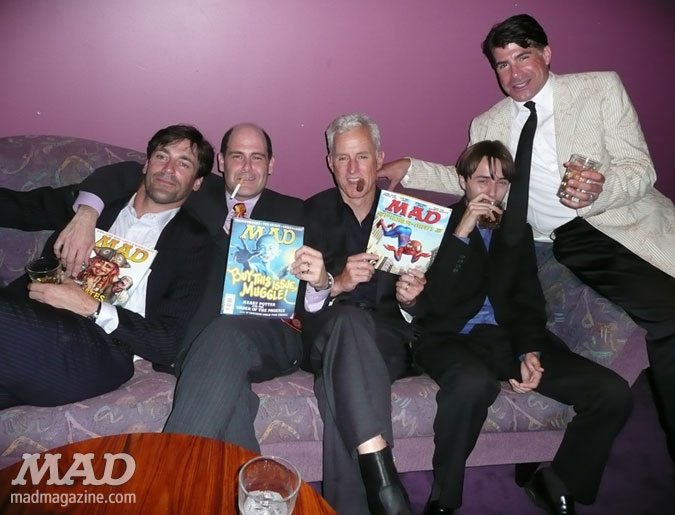 Bonus Mad Men Celebrity Snap! MAD artist Tom Richmond (that's him on the left) caught up with actor Rich Sommer (who plays Harry Crane on Mad Men) and showed him the spoof of the show that Tom illustrated in MAD #509. Obviously, Rich is unhappy. It’s not clear if it’s because he works on Mad Men, or is just a huge fan of Justin Bieber. 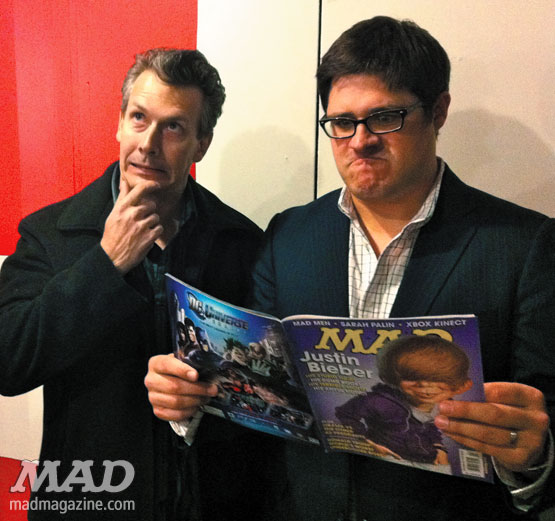 Thanks to Tom for the photo!