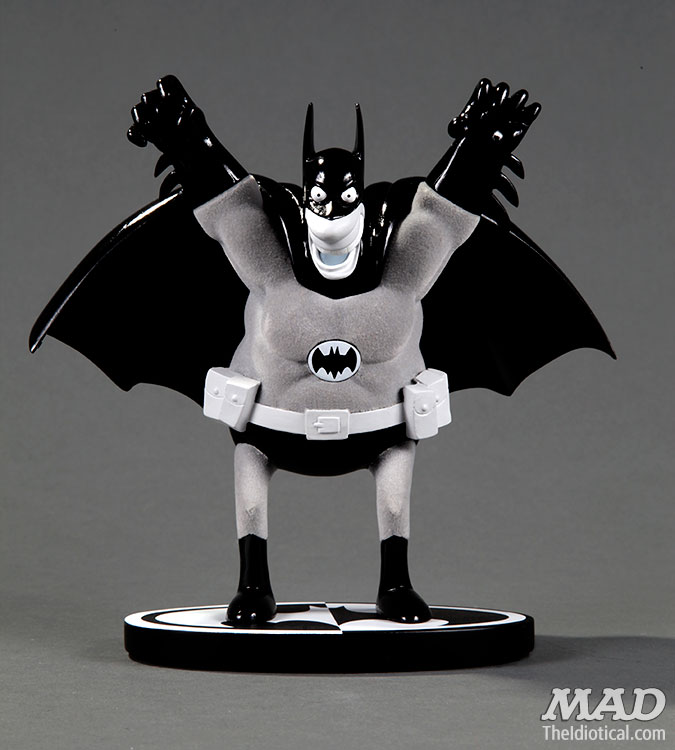 Our pals at DC Direct have introduced the lastest in their Batman Black & White statue series, and it's by MAD's very own master of Marginals, Sergio Aragonés! The DC Direct crew was awesome enough to send us a very small number of "flocked" versions (that’s industry-speak for “pleasingly fuzzy”), and now we're passing on that awesomeness to you! How can you win one of these ultra-rare beauties? Well, it's a special time of year — no, not for your semi-annual head-lice check (although that might not be such a bad idea) — it’s time for another installment of MAD’s Nifty FiftyTM! The Nifty FiftyTM is our list of Celebrity Snapsthat we want more than any others — and are also toughest to get. Here's a small sampling:

Check out our new issue (#514, on sale Tuesday!) for the complete list. Send in your photographs of the celeb holding an issue of MAD, and if you're one of the first SIX that we print, you'll get one of the flocked statues! If you miss being one of the first half dozen, don't fret! The Sergio Aragonés Batman Black and White statue (unflocked version) is on sale now! (Click here to find out more.) Also, all readers whose Nifty FiftyTM Celebrity Snaps we print will win a free two-year subscription to MAD! What are you waiting for? Grab your camera and GO!