The cover of MAD # 411, which went on sale shortly after the 9-11 attack, was not the cover originally planned for that issue. In fact, another cover was already printed and awaiting to be bound with the magazine’s interior pages when the attack occurred. The working title of the planned cover was “The New York City Marathon” and it was written and illustrated by longtime MAD contributor John Caldwell. Here it is: 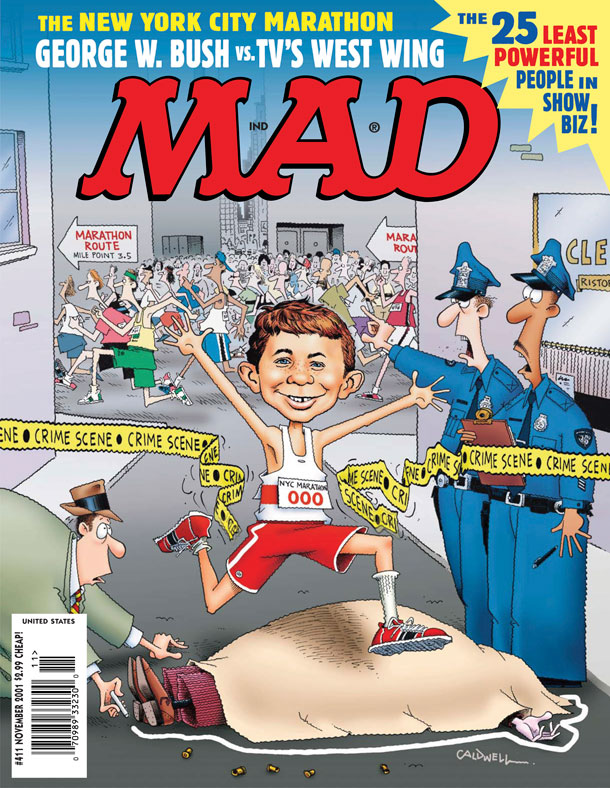 Like the rest of the nation, we were stunned by the 9-11 attacks and it just didn't occur to us that a MAD cover showing a throng of runners racing through the canyons of downtown Manhattan, while an oblivious Alfred jumped over a dead body, could be interpreted as anything but a silly marathon gag. Fortunately, the magazine’s printer at the time, Quad Graphics in Wisconsin, called and asked if we were absolutely sure that was the image we wanted on the cover of MAD given the recent events. We didn't. With only one day to conceive and deliver a new cover to the printer and still make our shipping schedule, Associate Art Director Nadina Simon disappeared into her office and soon returned with what became the cover of MAD #411. 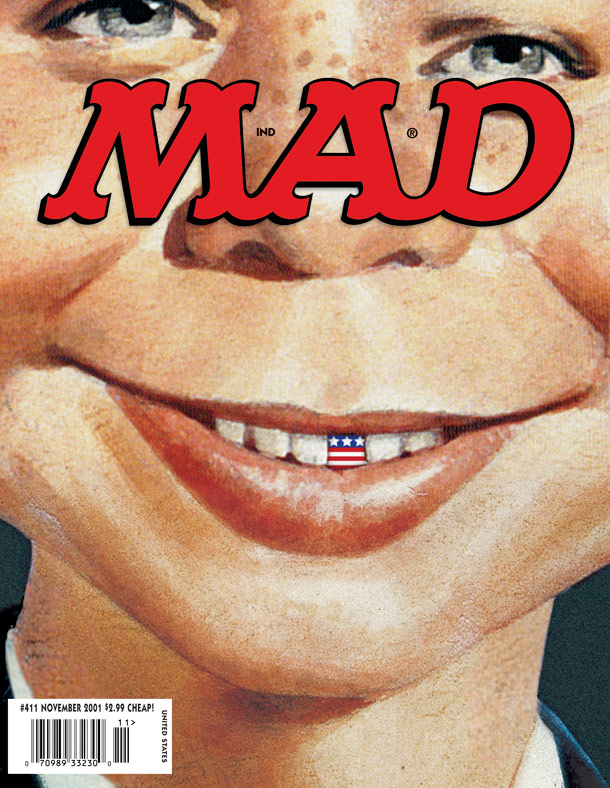 The Alfred used is the classic Norman Mingo Alfred from issue #30, the very first time he appeared on the cover as Alfred E. Neuman. Not a traditional MAD cover by any stretch of the imagination, but given the time and mood of the country, it seemed right.