MAD founder, the late William M. Gaines, was a large man who liked large things: Zeppelins (he had dozens hanging from his office ceiling), King Kong (he had a giant Kong head looking in his office window) and the Statue of Liberty (he owned the world’s largest private collection of Statue of Liberty casts). So it seems only fitting that today, on the 126th anniversary of Lady Liberty’s arrival in New York harbor from France, that we present this classic Don Martin strip combining several of Bill’s favorites. Enjoy it, Bill, wherever the hell you are. 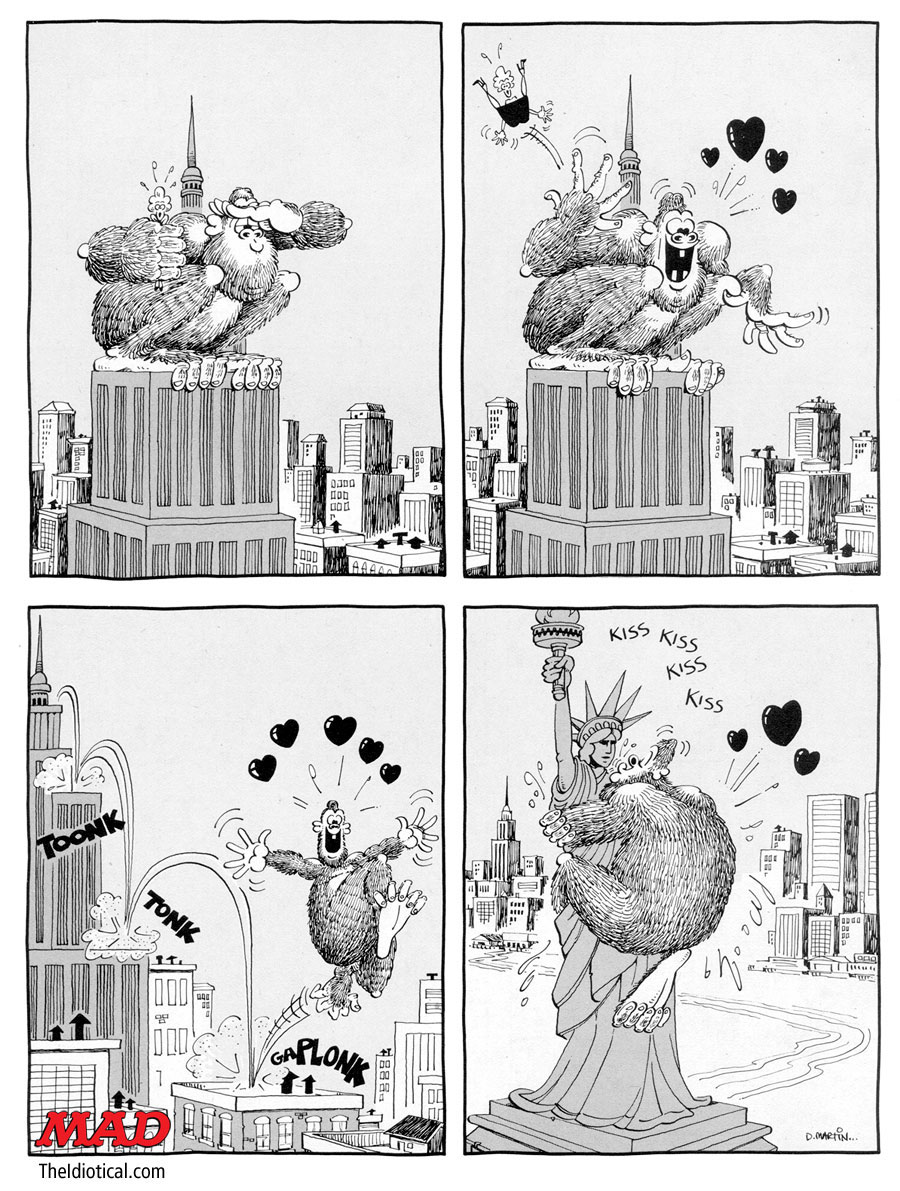