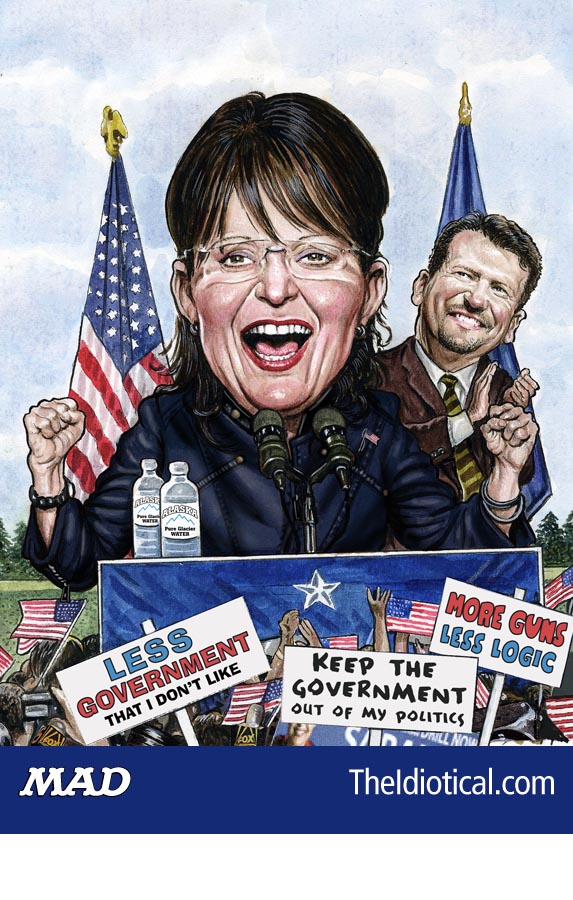 Old General Washington crossed, um, ya know, he crossed that lake and, I’ll tell ya, with his armed militia of good strong armed militia men and he went over there and he just told them that we were going to… to just keep fightin’ and ringing bells until we got the freedoms that most Americans want and deserve.

THE DECLARATION OF INDEPENDENCE

These Founding Fathers, they were wise men and filled with wisdom, ya know. And, um, they got together down there in the big hall to ring bells and tell old King George that “Hey, listen, we’re tired of government interference and that sort of thing.” These great Americans knew that the American people wanted freedom and liberty to bear arms and worship the Creator of this magnificent land that God gave us. So they got out their quills and started declarin’.

Besty Ross was, um, ya know, the first Mama Grizzley. She was just out there sewin’ and shootin’ and ringing bells and all that revolutionary stuff she had no time for the Gotcha Questions from the lame street media like Thomas Paine. And she made the flag with the stars because she knew America WAS a star. And we still use that flag today!
Artist: Drew Friedman